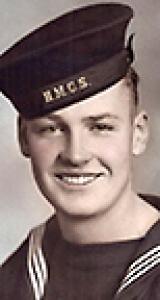 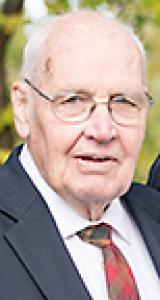 Bill Gray passed peacefully on Saturday, August 1, 2020. He was 94 years old and a resident of Winnipeg's Deer Lodge Centre, where he received exemplary care.
Bill was born in Elfros, Saskatchewan on February 6, 1926. He was predeceased by his father Jack, and mother Ethel, his sister Dorothy, who passed in her youth, as well as his brother Jack, who died in the Second World War. He is survived by his older sister Evelyn Metke of Fort Frances, Ontario.
Bill was predeceased by his wife of 54 years, Pauline, in 2007 and his son-in-law Alan Einarson, in 2012. He is survived by his immediate family: son John (partner Patricia, granddaughter Kristin, her husband Stephen, and great-granddaughters, Sophia and Matilda; and grandson Matthew); son Mark (wife Anne, grandson Kelsey and wife Alana, granddaughter Alanna, her partner Darren, and great-granddaughters, Bodhi and Indica, granddaughter Emily); and daughter Meg (granddaughter Ellie).
Bill graduated from high school in Weyburn, Saskatchewan in 1944 and joined the Royal Canadian Navy. He was just beginning his ocean service when the war ended and he returned home. He started working at CIBC, eventually becoming a Branch Manager. Bill and Pauline met in Fort Frances. They married in 1952 in Winnipeg, where they lived for all but a few of their remaining years, raising their family, working, and taking part in the community.
Working at CIBC, Bill learned that the people with largest accounts were businesspeople. Starting in 1965 with a laundromat, Bill, with Pauline at his side, became a serial entrepreneur. They bought the Dairy Queen on Henderson Highway in 1967 with five more to follow at various times after Bill left the bank in 1971. He also worked for Dairy Queen International for several years, travelling Western Canada. Other investments made along the way included a mobile vending business, gas station, insurance company and golf courses. The fast food business beckoned again with the circuitous acquisition of two Boyd's Burger Master stores in Great Falls, Montana. Considerable time and effort went into this operation including driving to Montana at least monthly. The business was eventually sold to the manager although travel to Montana continued. 1986 brought the acquisition of Gourmet Coffee Specialists Ltd. Again, considerable time and effort was expended and Bill operated the company for 20 years before selling it to management. Even after the sale, this was his 'office' until he was 90. Bill mentored many younger entrepreneurs over the years and assisted them with advice and capital to help them succeed.
Bill was involved in many community activities as a member of several organizations: Masons, Optimists and the St. Andrew's Society. Bill was a reservist with the Queen's Own Cameron Highlanders from which he retired as a Major. He also supported the Children's Hospital Foundation of Manitoba through the Dairy Queens and telethons and was one of the initial organizers of the annual Dr. Goodbear Golf Tournament. He was a life member of the Deer Lodge Curling Club, serving on the Board and as President. Bill was also a 45-year member of St. Charles Country Club where he served on the Board.
Alongside Pauline, Bill attended most of his grandchildren's sporting events, dancing competitions and academic ceremonies. They were always there to support and spend time with the grandkids. The grandkids lived nearby and both he and Pauline built special relationships with them through this closeness as well as through many ski trips to the Montana cabin. He was also fortunate enough to spend time with his great-grandchildren.
Bill has been cremated and his ashes are in a cardboard box beside Pauline's while they figure out where to go next. There will be a private memorial at this time and, when larger gatherings are permitted, there will be a celebration of his life.
In lieu of flowers, please make a donation to the Children's Hospital Foundation of Manitoba (CE 501-840 Sherbrook Street, Winnipeg, Manitoba, MB R3Z 1S1).