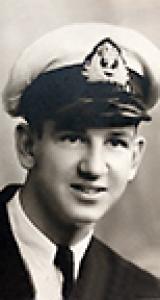 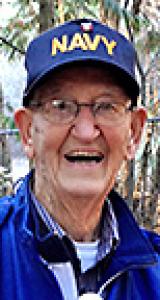 It is with great love and sadness that we announce the passing of our beloved father, grandfather and great-grandfather, Gordon Adey. Gord passed away peacefully at the age of 94 in Creston, British Columbia, with his daughter Linda by his side.
He was survived by his children, Donna Monney (John), Valerie Adey (Peter), Gwendolyn Peers (Arthur), Robert Adey, Linda Lashbrook (Arthur), Michelle Adey and many grandchildren and great-grandchildren. Gord is sadly predeceased by his mother Agnes Adey (nee Parsons, born in Guernsey, Channel Isles), his father Marmaduke Adey (born in Adeytown, Newfoundland), his first wife Leonie Adey (nee Loiselle) and second wife Alice Adey (nee Plamondon).
Gordon was born and lived in Winnipeg, Manitoba for many years. He served in the Navy during the Second World War, where he was a submarine detector on the HMS Liscombe and the HMCS Trail in the North Atlantic. After the war, he and Leonie were married at Holy Cross Church, in St. Boniface. He was active in this community and served as a founding board member at the St. Boniface museum. Gord later moved to Kelowna, BC, where he and Alice were married. He was a branch manager of a large general insurance company for 40 years, retiring in Kelowna in 1985. Gord was active member of the Kelowna Naval Veterans Society, the Nordic Ski Club, the Kelowna Naturalist Club and many other organizations.
Gordon was an active outdoors person; he loved skiing, snowshoeing and hiking. He enjoyed working out regularly at the gym, starting at the Reh-Fit Centre in Winnipeg, and continuing in BC until he was in his early 90s.

Grandpa was quick to laugh, loving and affectionate. We will always remember his stories about the war, hiking with him on Dilworth Mountain and our many games of Chase the Ace.

Condolences may be sent to the charity of your choice.