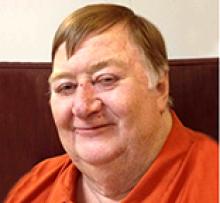 Don was born on July 18, 1949 in Winkler, MB to Peter and Annie Janzen. As the third child of five, he grew up on a farm in Friedensruh, MB. Growing up, Don enjoyed playing hockey, spending time with his cousins and at times causing mischief in the village. He was baptized upon his faith at the Old Colony Church in Chortitz, MB.
When Don was 17 years old, he met the love of his life, Dianne, and on June 25, 1972 they were married. In their 48 years of marriage they had three children, Jonathan, Kimberly and Amy. Don enjoyed doing things with the family like camping, fishing and road trip vacations. Their life together was not the easiest as they dealt with significant health issues and the eventual loss of their daughter, Amy. Don held a variety of jobs in his lifetime. He delivered the Free Press in the village, worked at the Winkler Bakery as a baker and as a delivery person, worked at and became a part owner of Pic a Pop, and worked for a period of time at Winkler Building Supplies. His employment at Kroeker Farms spanned over many years. While employed at Kroekers, Don hoed onions, drove potato truck and semi and eventually moved into a manager position over the Transport Division. He felt fortunate in the opportunity he had to become a shareholder in the company. He loved and valued the relationships that he built with his fellow employees, and especially the members of the Kroeker Family. After retirement in 2009, Don was able to put more time into his interests. He enjoyed travelling, camping, fishing, golfing, visiting with family and friends, attending music concerts, cooking, baking, and entertaining others. Don loved his family and spending time with them. His heart grew even bigger when his granddaughters, Camryn and Avery came into his life. He held an extra soft spot in his heart for both of them, always wanting them to have opportunities and for them to feel and know just how much they were loved. One line that was often heard in the house was, "Grandpa said I could." Another line that will be remembered was, "Just come here once."
He leaves to mourn the love of his life, Dianne, daughter Kim, and son Jonathan and Cindy, and granddaughters, Camryn and Avery. He was predeceased by one daughter, his parents, his mother and father-in-law, two brothers and two brothers-in-law.
The family would like to thank all the family, friends, community members, doctors, nurses, paramedics, and fire department that have supported our family throughout the years, and especially in the later years and the past week.
God is faithful and we have the hope that we will see our husband, dad, and grandpa again.
Private funeral service was held at the Maranatha Christian Fellowship with interment at the Winkler Cemetery.
If friends so desire, donations may be made in Don's memory to the Amy Janzen Memorial Fund Inc., P.O. Box 580, Winkler, MB R6W 4A7.