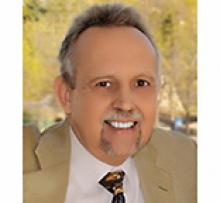 The love of my life, the joy in my world, and the sparkle on my soul are gone. I have lost the most wonderful, kindest, and funniest man I ever met.
Aurèle J. LeClaire died on Saturday, August 15, 2020 at the St. Boniface Hospital, Winnipeg, MB. After making some positive progress against his illness, his situation took a sudden turn and his journey ended. He passed peacefully with family at his side.
Aurèle is survived by and will be deeply missed by his best friend and loving partner of 26 years, Shirley Denesiuk. He will also be mourned by his siblings, Albert, Marjorie (Armand) Beauchemin, and Reginald ("Reg"); his nieces and nephews, Joëlle Leclaire, Rossel and Régan (Lemieux), Danel and Mandi (Martin), Michel and Simone (Buissé): Danielle (Lloyd) Waldner, Réjean, Andrée (Cliff) Halaburda, Gaëtan and Joanne (Maguet), Clode (Eric) Péloquin, and Camyle (Martin) Jolicoeur; 23 great-nieces and great-nephews; two special cousins, Monique Leclaire and John Kenny; his sister-in-law Linda Denesiuk and her husband Mark; his mother-in-law Justine (Stella) Denesiuk; and by his many, many dear friends.
He was predeceased by his father Victor, mother Albertine, father-in-law Nicholas Denesiuk, and sister-in-law Debi Denesiuk.
Aurèle was born and raised in St. Adolphe, Manitoba. Gifted with natural compassion and deep empathy, Aurele found his calling as a funeral director, serving families at their most profound times of need. He worked part-time from 1978 to 1981, learning the profession with Kerr's Funeral Chapel and Albert Leclaire Funeral Service. At a young age, he received his professional licenses in 1981 and 1983.
He worked for various employers in the funeral industry until he and his brother Reginald started LeClaire Brothers Funeral Products and Service in Winnipeg in 1993. In 2013, after Reginald retired, he continued helping bereaved families with his partner, Shirley, a licensed funeral director. Aurèle was always adamant about putting his service to families first and foremost.
While the funeral business was his first calling, with entrepreneurial spirit and a love for new challenges, Aurèle also found success in a range of other endeavours. He developed, opened, and owned a florist shop in 1983, which, in just three years, was Winnipeg's largest single location florist. He took a two-year sabbatical from the funeral business to help a good friend in a nine-location retail business. He also opened and successfully ran a breakfast-and-lunch restaurant, selling it a few years later. Aurèle also acquired and managed several rental properties; he earned a reputation as a generous and caring landlord. To say he was a busy man is an understatement.
With a passion for service, in 1981 Aurèle ran for Provincial Election as the Progressive Conservative candidate in Logan. While he didn't win, he was proud to have run and he often joked that he was probably the youngest candidate, who voting for the very first time, voted for himself!
Aurèle was an active member of the St. John Brebeuf Church and a member of the Knights of Columbus, Council 1107, and had served as their Treasurer for many years.
A private Funeral Mass will be celebrated at the St. John Brebeuf Parish, 1701 John Brebeuf Place, Winnipeg, MB. Entombment of Aurèle's body will take place in his mausoleum in the St. Adolphe Parish Cemetery.
Kind, gentle, ethical, compassionate, and often hilarious, Aurèle has left us far too soon. There is comfort in knowing that Aurèle enjoyed the journey of his life with passion and joy.
Thank you to Dr. Chakraborty for his compassionate care and concern, and to the team at St. Boniface Hospital who provided care and comfort to Aurèle in his final days, and to Father Rheal Forest who administered Aurèle's last rites.
If desired, in lieu of flowers, donations may be made to:

Aurèle J. LeClaire died on Saturday, August 15, 2020 at the St. Boniface Hospital, Winnipeg, MB, with family at his side.
A longer obituary will follow in the Saturday, August 22, 2020 edition.