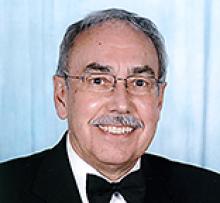 With heavy hearts, we announce the unexpected passing of Trevor Odgers on Wednesday, August 12, 2020, as a result of head injuries suffered in an accidental fall. He was 78.
Trevor will be sadly missed by his wife Donna, stepson David Howard and stepgranddaughter Ash Howard of Calgary, brother Ron Odgers (Elizabeth), sister Elizabeth Docksteader (Dennis), nieces, Karen Thompson (Ian) and Joanne Biltzen (Darryl); nephews, Kevin Odgers (Nina) and Jeffrey Docksteader, and their families, all of which reside in BC. He was predeceased by his parents, Anne and Herbert Odgers.
Trevor was born in Winnipeg on December 20, 1941 and grew up mainly in Riverview near the municipal hospitals. He went to Churchill High School and then to Ryerson Institute of Technology for the training that led him to his career. He had his first job with the Manitoba Telephone System. Then he turned to broadcasting where he held Lighting Director and Technical Director positions. He began with CBC, followed by Film Factory, and back to CKND-TV, Videon, and Shaw Cable TV - from where he retired with commendation in 2008. Always curious and involved, he loved his work; he loved to find solutions to problems and to help his coworkers along the way.
His other passion was involvement with the Masonic Family. He was a member of the Ancient Landmark #3 Masonic Lodge, a 33rd degree member of the Scottish Rite of Freemasonry, and a member of the Khartum Shriners and of the Royal Order of Scotland. He loved his music and enjoyed his time as a member of the Shriner's Fife and Drum Band. When you heard the glockenspiel ringing in the summer parades that was Trevor.
The family would like to thank the doctors and staff in the Surgical Intensive Care Unit at the Health Sciences Centre for their compassionate and dedicated care of Trevor.
In keeping with Trevor's wishes and because of COVID-19, cremation has taken place, followed by a small private graveside service at Thomson "In the Park" Funeral Home and Cemetery.
May you honour Trevor's memory with kind words and fond memories.