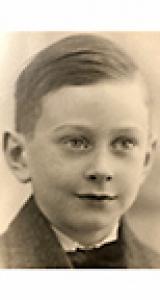 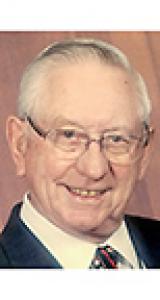 With family at his side, Calvin Lloyd Finch passed away on August 14, 2020 at Misericordia Place.
Predeceased by parents, Hugh Lloyd Finch and Dorothy Finch; parents-in-law, Edward and Rosaline Turriff; wife, Lois Finch; and son-in-law, Frieso Boning. He is survived by his sister-in-law, Marilynn Roberts, and her family; his loving children, Douglas Finch (Sian); Susan Boning, Jennifer Finch (Johanne); beloved grandchildren, Willem, Rosalind (Ketsada), Claire (Glen), Clara and Maya; and beloved great-grandson, Viggo.
Cal was born in Winnipeg, and graduated from Kelvin High School. He married his childhood sweetheart, Lois Turriff, in 1954, and they brought up their three children in their home on Lockwood Street. After 53 years there, they moved to a condominium at Lions Park Square on Paget Street and, after Lois's death in 2017, Dad moved into Portsmouth Residence.
Calvin took over the directorship of his father's architectural firm, Lloyd Finch and Associates, until 1967, after which he worked at the Manitoba Health Services Commission until his retirement in 1992.
In his younger days, Calvin was very active in sports, including track and field (he was known as "Flash Finch" in short distance races), curling, tennis and badminton. He was a charter member of Breezy Bend Country Club, and an outstanding amateur golfer, continuing to compete successfully in seniors' tournaments well into his seventies. He was also a bridge Grand Master, and avid chess player, with a particular love of chess problems.
But his greatest love was for his wife, Lois, and family. His children and grandchildren have wonderful memories of summer holidays at Victoria Beach, Wanasing Beach, and the Roberts' cottage at Traverse Bay.
After his retirement, Cal and Lois went on several cruises with good friends. They also enjoyed memorable trips to England and Wales, to visit Doug and Sian's family there.
Calvin had a very positive outlook on life, and was not one for keeping his many enthusiasms under wraps (including sports, card games, music and movies). He will be greatly missed.
Due to the impact of Covid-19, a memorial service will be held for family and friends at a later date.
We would like to thank Victoria Hospital Urgent Care, the Misericordia Transitional Care Unit and - especially - his wonderful "family" at Misericordia Place. Much love also to friends and relatives who have supported our family through this difficult time.
In lieu of flowers, donations may be made in Cal's memory to the Misericordia Health Centre Foundation, or the Assiniboine Park Conservancy.