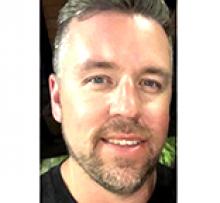 With broken hearts, we are saddened to announce the sudden passing of our beloved husband, son, brother and uncle, Carl Ballegeer.
Carl is survived by the love of his life, his loving wife, Sherry Ballegeer (Ernest); his parents, Marie McCall (Eddie McCall) and Gerald Ballegeer; his brothers, Chris (Nicole, Violet, Lily, Ella), Jason (Chantel, Scarlett); his in-laws, Robert and Sharon Ernest, sisters-in-law, Carrie Lachance (Kevin, Dylan, Kayden, Cassidy), Jodi Tremblay (Brandon, Justin, Calum), and brother-in-law Robert Tremblay.
Carl was predeceased by his grandparents, Annette and Fernand Bessette and Arsene Ballegeer.
Carl was born in Winnipeg, MB at the St. Boniface Hospital on June 8, 1980. He was raised in Ste. Anne, MB where he spent most of his childhood. Midway through elementary school, his family moved to Lorette, MB where he met his lifelong childhood friend, Dwayne Ammeter. From there on, Carl made countless friends with whom he still shared friendships with. Carl made many more friends through his love of high school basketball. One in particular that he had a very close, long lasting relationship with is Jesse Crowder. Among his many friends, Andy Waite was also a big part of Carl's life; a true friend.
When Carl was in grade eleven his life would change when he met the love of his life, Sherry. Carl and Sherry had a love like no other. In 2004 they were married in Puerto Vallarta, Mexico where they would travel back to for many years to come. Carl and Sherry loved to travel and did so every winter since they were married. Another one of Carl's greatest loves were their two dogs, Bella and Coco.
Carl attended Red River College where he would obtain his Red Seal as a Journeyman sheet metal worker. Throughout his career, Carl made countless friends in his field.
In his spare time, Carl enjoyed golfing, basketball and spending weekends at the lake.
Carl was a true friend. An absolute stand-up guy. An honest and straightforward man of great character. He had a heart of gold, was the life of the party, had the biggest smile in the room and the best moves on the dance floor. He was truly one of a kind.
The family would like to thank the entire staff at the St. Boniface Hospital, ICU. The comfort and care that they offered will forever be appreciated beyond measure. Among the many doctors and nurses in the unit, the family would like to specifically thank ICU nurses, Christina and Hazel.
Cremation has taken place and there will be a Celebration of Life at a later date.
In lieu of flowers, please make donations in Carl's memory to: winnipeghumanesociety.ca

Until we meet again, my love
On the beach across the sky
Forever in my heart, you'll be
So this is not goodbye
"Beeoop"