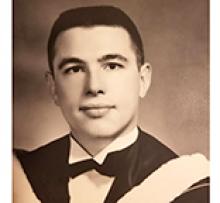 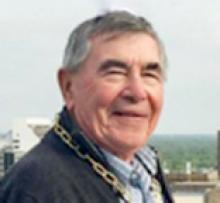 After a brief illness, on August 5, 2020, Roger E. M. Cathcart Sr. passed away at Denare Beach, SK, at age 83.
Roger is survived by his loving wife of 59 years, Leilah, and his three children, Roger Cathcart Jr. (Marie), Shawn Cathcart (Shirley) and Heather Perchaluk (Jim). He is missed by his grandchildren, Mitchell and Christiana Cathcart, Leilah Claire and Isabelle Grace Perchaluk, his three sisters, Dolyce Brown (Bill), Hope Myhovich (Bob passed) and Francis Wood (Bob passed). Roger was predeceased by his parents, Margaret and Tom, and brothers, Tom and Murray.
Born in Dauphin, MB on May 24, 1937, Roger grew up in Dauphin and, as a teen, moved to Flin Flon, Manitoba, where he graduated from Hapnot Collegiate in 1955. After high school, he worked at Hudson Bay Mining and Smelting Co. for three years and then moved with Leilah in 1960 to Winnipeg, where they settled and raised their family.
After graduating in 1959 from Teachers College, Roger earned a Bachelor of Honours from United College (1964) and a Bachelor of Education from the University of Manitoba (1966). He had a distinguished 33-year career in education as an educator and administrator with the St. James School Division, where he helped shape countless students' lives.
With a passion for politics, Roger had been active in the Conservative movement since the early 1960s. He organized and worked on numerous Federal and Provincial campaigns and later served as the President of the Progressive Conservative Party of Manitoba. Roger also wrote a weekly column in the Flin Flon Reminder under Roger's Right Corner byline, which stimulated healthy debate through this weekly public discourse. He always liked a good discussion of ideas.
After retiring in 1993, he and Leilah enjoyed extensive travels. They spent many winters in Australia on the Gold Coast and later, Florida. Every summer, they enjoyed hosting their family and friends at their home on Amisk Lake in Northern Saskatchewan, creating for all a lifetime of fond memories. He passed at this place he cherished, surrounded by his family, bookending a well-lived life.
A private family memorial will be held at a future date.