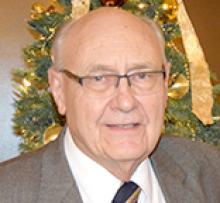 It is with profound sadness that we announce the unexpected passing of George Hanson at the age of 76 years.
He will forever be remembered by his loving wife of 50 years, Jean Hanson, daughter Krista Hanson (Calvin Kang), son Colin Hanson (Kirsten Hanson), and his six grandchildren, Eilä, Nathaniel, Miikka, Simone, Luka and Aaron, all of whom he adored. He was predeceased by his sister Evelyn Hanson and parents, Swan and Alice Hanson.
George was born in Dugald, Manitoba. Swan's family had emigrated from Norway and George identified with this heritage and enjoyed researching his lineage with trips to Norway in 1997 and 2007 being highlights. The meaning of the name George is "farmer, or to work the soil" which proved to be a hallmark of the man that he would become. Growing up working on the farm provided him with a love for growing and tending to plants and to appreciate the value of hard work. Losing his father at the age of seven chiselled the foundation for the nurturing son and brother he was, then the loving husband and father he became.
His attention to detail and careful planning carried him through a B.Sc. degree in Civil Engineering at the University of Manitoba. He continued on to a long career at Environment Canada, where he lent his technical skills to the Water Survey of Canada.
Church and his faith provided a strong foundation for everything in his life. Known for his gentle and compassionate spirit and always being there to listen, he was a calming influence and a voice of reason when decisions needed to be made. He was an example of honesty, thoughtful leadership, and always offered cheerful encouragement. Through different stages of his life he developed many friendships and memories playing baseball and hockey, as well as curling. In recent years George enjoyed spending time at the cottage with Jean, his children and grandchildren, and renewing and growing friendships over occasional coffee chats. Growing not only his gardens but also the many important relationships in his life, he was able to enjoy the fruits of his labours.
His unassuming kindness, compassion and friendship will be dearly missed by all who knew him. After years of caring for others George is now home, safe in the arms of his Lord and Saviour.
A private graveside service will be held at Millbrook Cemetery on Monday, August 31 with immediate family
In lieu of flowers, please consider a donation to the Association for Community Living in Beausejour, Manitoba which for many years was a great support to his family, (aclbb.com, to make a donation please contact Kim Paterson at 204-268-1803 Ext. 201), or to the Heart & Stroke Foundation of Canada at www.heartandstroke.ca
Condolences can be left at seasonsfunerals.ca on the George Hanson Memory Wall.