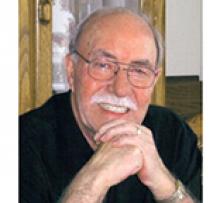 George passed peacefully in his sleep at the age of 82 years.
George is survived by the love of his life, Marie, his children, Scott Watson and Marni Van Dale (Duane), stepchildren, Wendy Brassard, Larry Bushell (Carole Bouchard) and Lee Bushell (Allyson Watts), as well as grandchildren, Dylan and Hailey. Also left to mourn him is his good friend and former wife, Dianne.
George was born in Edinburgh, Scotland and lived there with his parents and two sisters, Christina and Anne. In Edinburgh he played competitive soccer and served in the military. In the early 1960s, George came to Canada and began his career as a police officer with the St. James Police Department (later Winnipeg Police Department). George later retired in 1996 as Head of Security at Grace General Hospital.
George met the love of his life, Marie, in the early 1990s and they married on October 17, 1992. They enjoyed many years together and considered each other "best friends." Marie will greatly miss George by her side. George also enjoyed playing golf, reading, and most of all spending time each day with Marie and their friends at the Salisbury House on Portage Avenue.
In keeping with his wishes, George has been cremated and laid to rest in the "Memories Garden" at Chapel Lawn, 4000 Portage Avenue. No public service will take place.
In lieu of flowers, please consider a donation to a charity of your choice.