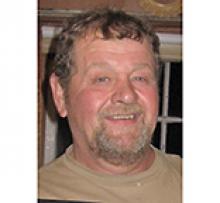 Bob was born June 19, 1955 in Morris, MB to Willie and Lily Klassen. He was their third child. He grew up in Lowe Farm and attended school there. As a young boy, he loved to play baseball and hockey on an outdoor rink. He had a great group of friends that he grew up with, and they loved roaming around town to see what kind of mischief they could get into.
As he grew older and started working, he had many vehicles of which he was very proud. The bigger the tires on his trucks, the louder the speakers. He also liked to have the biggest, fastest snowmobiles. He was the first in town to own an Alouette snowmobile, special ordered. Many hours were spent enjoying time on the snowmobiles, touring around and entering into Poker Derbys. He also enjoyed camping and fishing and spent many weekends doing so with his brother, uncle and their families.
Bob always worked on construction operating heavy equipment. He started with Dad when he was 15 years old. Then he spent many years working with Munroe Construction, Sigfusson Northern, Interlake Power Line, Forbes Bros., and lastly with Voltage Power Lines. This took him away from home, sometimes many weeks at a time. He specialized in many areas ending his career on the backhoe.
Bob and Joyce met in 1979 and married in May 1983. Their union blessed them with three wonderful children, Derek, Heidi (Kevin) Sweetland and Jillian. He so loved spending time with his kids and grandkids, MacKenzie, Gavin, Oakley and Braxton. He was able to enjoy many of the hockey games of his kids and grandchildren. He would always inform us as to what the kids and grandkids were up to. Bob's love for Joyce and his family was always evident. He would tell us many funny stories.
Bob and Joyce also loved spending time with their shepherds. Their present fur baby Jazz is feeling a little lonely.
Bob could come across as a pretty tough guy, however, we all know he was a gentle, sensitive soul.
Bob has endured many health issues over the years. This past year was especially difficult on him. Started the year off with pneumonia and had to deal with some other difficulties. Friday morning he woke up not feeling well, at which time they contacted 911. They ended up air lifting him to St. Boniface Hospital where he had a great team of doctors looking after him. Unfortunately, Bob was tired, and it was time for him to enter his Eternal Rest.
We were fortunate enough to help him celebrate his 65th Birthday on June 19th.

Bob, God saw you getting tired,
and knew it was time for you to rest.


It is with heavy hearts, we announce his passing.
Bob is survived by his loving wife, Joyce; his children and grandchildren; sisters, Marlene (Bruce) Friesen and Barb (Pierre) Ducharme; sisters-in-law, Marie Klassen, Eva Lavallee and Val (Bob) Montague; brothers-in-law, Ray (Suzy) Erickson and Lorne (Chrissie) Erickson; aunts, uncle, many nieces and nephews, cousins and friends.
He was predeceased by his parents, Willie and Lily Klassen; brother Gerald Klassen; mother and father-in-law John and Bella Erickson.
Bob was well liked, and will be greatly missed by all who had the pleasure of knowing him.
A private graveside service will be held in the Lundar Municipal Cemetery with Cindy Thorkelson officiating.
In lieu of flowers, donations may be made in Bob's memory to the E.M. Crowe Memorial Hospital Guild, c/o Irene Sigurdson, Box 474, Eriksdale, MB R0C 0W0 or to Heart and Stroke Foundation of Manitoba, 1379 Kenaston Blvd, Winnipeg, MB, R3P 2T5.