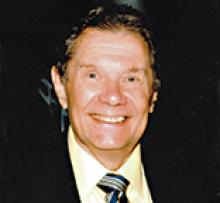 It is with a heavy heart that we say goodbye to our father, James "Jim" Gardner. He passed away peacefully, in his home, on September 2, 2020, after a long bout of congestive heart failure.
Jim grew up in Winnipeg, Manitoba. He was predeceased by his brother Anthony 'Tony' Gardner and adored most by his niece, Tony's daughter, Angela Montanti Schreiber (nee Gardner). He had many homes in his life, but none as dear as the house he built with his wife for his children in North Kildonan. His home, career, his children and grandchildren were his greatest source of pride.
Jim had a long career of 35 years with the Federal Government of Canada culminating in his position as an Officer for Handicap and Visible Minority groups in the Department of Human Resources. During this time he complete his certification in Personnel and Industrial Relations from the University of Manitoba. He retired in March 2006. He was proud to be in the Federal Service and often referred to himself as a "Fed" or a "G Man".
Jim was also predeceased by his first wife, mother of his children, Marian Gardner (nee Savinkoff) and his second wife Christina Jablonsky. He is survived by his children, Janice Amoruso (nee Gardner) and James Raymond Gardner Jr., grandchildren, Milo Amoruso, Hayden Amoruso and Liv Gardner.
Chris and Jim enjoyed travelling the world together and filling their home with memorabilia from their travels during retirement.
The service will be held at St. Alphonsus Church, 315 Munroe Ave., Winnipeg, MB, at 1:00 p.m. on September 12, 2020. The reception will follow at the house. If you need the address and directions it will be available at the service. Or, direct message Janice at amoruso007@gmail.com.
In lieu of flowers, donations can be made online to the Heart & Stroke Foundation of Manitoba in Jim's honour. www.hsf.donorportal.ca.

May he rest in peace with God the Father