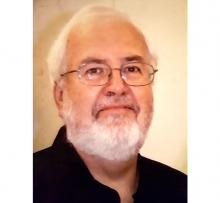 
"All the days ordained for me were written in Your Book before one of them came to be."


Michael was raised in Oklahoma City and attended First Lutheran Church with his
parents, Helen (Bottolfson) and Thomas F. Cone and was inspired to go into ministry. He
attended North Western Seminary in Minneapolis-St. Paul. He interned in Dallas, TX and was ordained at his home church.
His first call to ministry was in Kansas. His second call was to Ardal and Geysir Churches in Arborg and Geysir MB. His second wife and her daughters joined him in Canada. After they returned to the States, he left
ministry to work at a drug and alcohol
treatment home in Winnipeg.
Michael married Norma Sigurdson January 20, 1980, and that summer accepted a call to Christ Evangelical Lutheran Church in Tisdale and Bethesda, Beatty SK where he served for eight years. As a Sabbatical, he
became Chaplin and Public Relations person for Lutheran Collegiate Bible Institute in
Outlook SK. He returned to congregational ministry serving at Peace, Yellow Grass and St. John, Lang, SK; Unity, Medicine Hat, AB; Zion, Beausejour MB; Redeemer, Oklahoma City, OK; and Emmanuel, Emerson and Zion, Friedensthal MB.
Many people have expressed their thankfulness for his ministry, especially his
counselling. In his younger years, Michael fellowshipped with the youth through
confirmation classes and sleep-over movie and games nights. With the young adults in Tisdale they formed a slowpitch team. He was proud that this team, after every game, fellowshipped at the local ice cream business and that weekly, other teams would change their after game socializing from the bar to the ice cream shop.
Michael retired in 2005 due to a stroke and several T.I.A's; then he helped with ministry in the Interlake area. Michael and Norma wintered in Frankston TX near Uncle Sonny, who lived with Michael's family after
returning from military service. Michael had another major stroke while in Texas.
In April, 2017, Michael moved to the
Pioneer Personal Care Home in Arborg MB. November, 2019 he was transferred to
geriatric unit 4 in Selkirk, where he enjoyed being in a male only resident unit.
Michael took his final breath in the
presence of his wife of 40 years, Norma. Also mourning Michael's passing are his maternal cousins from South Dakota, his paternal
relatives from Georgia, Florida and Texas, Norma's Sigurdson and Keller families, and many friends.
A small group of family and friends will meet at the Riverton Hall at 1:30 p.m.,
Tuesday, September 15, 2020, the day Mike would have turned 72, to remember Michael's ministry. Due to covid-19 regulations, please wear a mask when entering, signing the guest book and getting your assigned seating.
Burial will take place at a later date.
Donations may be made to the Heart & Stroke Foundation or to your own church.

Condolences may be left on his tribute wall at www.gilbartfuneralhome.com.