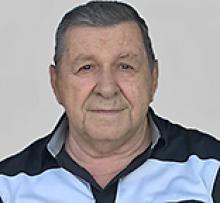 It is with sadness that John's family announces his death.
He was predeceased by his parents, John and Mary, his twin brothers, Matt and George and his sister Helen.
He is survived by his loving wife Ellen and their children, Carl, Karren and Darryl (Lisa), and his grandchildren, Devin (Kristina) and Amanda (Liam). He also survived by his brother Paul (Linda), numerous cousins, nieces and nephews and their children.
He was first diagnosed with cancer in July 2015, and almost to the end, remained hopeful that he would beat the disease. John loved working around the house and took great pride in his beautiful yard. He was still supervising the mowing of his lawn and weeding of his garden this summer.
John was fortunate in that he was able to enjoy 30 years of retirement, living life on his own terms. Prior to that, he had a 35 year career with the TD Bank involving many postings throughout Canada. He finished his career in Winnipeg.
If you had asked him, John would have told you that family was life's most important treasure. He lived by example and was a devoted son, brother, husband and father.

Mitch Albom wrote:
"As long as we can love each other, and remember the feeling of love we had, we can die without ever really going away. All the love you created is still there. All the memories are still there. You live on—in the hearts of everyone you touched and nurtured while you were here."


He will remain with us.
John's family would like to thank Dr. Chowdhury, the staff at CancerCare Manitoba and M.A.I.D. services for assisting him and making it possible to pass with dignity.
If desired, donations in memory of John, can be made directly to the charity of your choice.
As per John's request, cremation has taken place. Interment has been held in a private ceremony with his family.