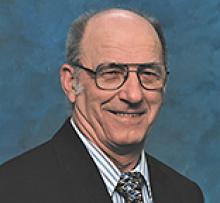 Through our sadness and grief, we are finding comfort, peace, love, and many laughs as we spend time together, remembering and reminiscing memories of our father, grandfather, great-grandfather, brother, uncle and friend. Regretfully, surrounded by the ones who loved him most, Walter Kowalski passed peacefully at Grace Hospital the evening of September 5, 2020, at the age of 87 years old.
Walter, son of John and Mary Kowalski, was born on a farm near Dugald, Manitoba on December 19, 1932.
He was predeceased by his parents; his infant sister, Tena; his three brothers, Joe (Tini), Stanley, and Mike (Pauline); and his brothers-in-law, John, Morris and Ed. He was also predeceased by the love of his life, the apple of his eye, his loving wife of 60 years, Trudy. The last two months of his precious life, Walter commented numerous times how much he missed Trudy, and now they are finally reunited in love.
Walter had met his wife, Trudy, at his brother's wedding in Transcona in 1949. Attracted to her beauty, charm and smarts, the two got together and married happily on July 12, 1958.
The two of them had four lovely children, Linda, Donna (Terry), Diane, and Wayne (Shannon); eight grandchildren, Christine, Zack (Ashley), Jesse (Baily), Angela, Hannah, Eric, Kyle, and Emily; and three great-grandchildren, Aiden (2013), Carter and Austin.
Walter is survived by his children; grandchildren; great-grandchildren; his sister, Sophie; his sisters-in-law, Marie and Marg; and many nieces, nephews and friends.
Walter and Trudy lived in and around Winnipeg their entire lives, mainly in the Charleswood area. For many years, he and Trudy spent their time volunteering at Roblin Park Community Center, and they were always incredibly involved with their children's/grandchildren's activities. He always helped the people he cared about in any way he could - his family knew without a doubt that they could always count on him to be there for them. He and Trudy would joke that the door to their home was a revolving one because so many friends and family were always stopping in, and the two of them were always so welcoming. Everybody came for the company and stayed for the atmosphere, the card games, and the delicious coffee and sarcasm that came from Walter himself.
Walter learnt at a very young age on the farm that hard work always paid off. In 1950, at the age of 18, Walter started working for Provincial Concrete. There, he gained valuable experience on many different machines including forklifts, tractors, gravel trucks, front end loaders, as well as other equipment, eventually finding that the cement truck was his favourite of all, so much so that he even went on to buy and drive his very own. Provincial Concrete was bought out whilst Walter was working there, and became Building Products, where Walter eventually retired from in 1998. He continued to work part time, for a while, for other drivers and companies when asked, just to earn a little extra cash on the side. Walter was very proud to coach hockey for his son, Wayne, in 1981 with Roblin Park Raiders. He also spent numerous hours in the pit crew for his sons ice racing, and the studio for his daughters dance recitals. Walter was also very proud of the fact he had never received motor vehicle citation from professional driving or driving just for pleasure, and he bragged about this to many, more so in his later years. In retirement, to keep active, Walter helped out his neighbours by cutting their grass, delivering flyers, and shoveling snow off their driveways and sidewalks until the very end. He enjoyed spending his nights with his kids and sister, watching the Winnipeg Jets, and he became an avid fan in the time that they've returned. During his last several years, Walter took up new hobbies, including rug hooking and making wooden lawn ornaments, which he made beautifully for his immediate family.
Our family wants everyone who knew our father to join in on celebrating and remembering such a wonderful man.

God bless you, Walter,
everybody loves you so incredibly much.

The family would like to thank all the staff of 4 South and Palliative Care at Grace Hospital for their kindness, understanding, and compassion that was provided for our dad in his final days.
Cremation has taken place, and a private burial will be held as per Walter's wishes.
In lieu of flowers, donations can be made to CancerCare Manitoba, or to D'Arcy's Animal Rescue Centre as his last wish.