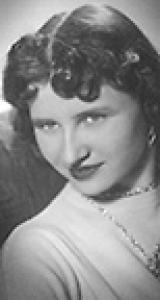 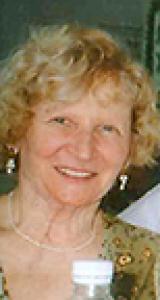 The family of Charlotte Zurek is sad to announce her passing on September 10, 2020, at the Poseidon Care Home. She was predeceased by her husband Joseph Zurek in 1995 and her daughter Teresa in 2012.
Left to mourn is her partner of 15 years, Terry; her children, Angie and Ed (Maggie); grandchildren, Karrissy (Allen), Spencer (Samantha), Sarah (Dillon) and Wendy; and great-grandchildren, Kiana, Kaven and Levi.
As a child in Poland during the war she endured many hardships with her mother and was separated from her father and brother. Presuming they were dead, Charlotte did not see them again for many years until a trip to Poland in 1969. After the war she came to Canada with her mother. They arrived in Winnipeg in the spring of 1950 in the middle of the flood rolling into the CPR station to the sight of submerged houses.
In 1956 she married Joseph and they started a family and moved to West St. Paul. They built their first new home and lived there till they decided to buy 40 acres in Lorette in 1976. The next year they built their new house where they ran a strawberry and raspberry farm called Zurek's U-Pick. For many years she also worked as a computer operator on the huge computers of the 70s at Eaton's, the University of Manitoba and then Ricki's.
After Dad passed she kept the farm going for a few years and then developed half the land and built Zurek's Lane where Spencer now lives. After moving to the city, she kept busy at the Mulvey Market and attending dances upstairs at Appleton Estates. It was there she met Terry who was a wonderfully loving friend and companion. They enjoyed dining, dancing, going to the lake and to South Beach. When her health started failing due to "silent strokes" and dementia, Terry was there to care for her until she finally needed more care. Two weeks after moving into Poseidon, Covid-19 stopped all visits which was very hard for all residents. Recently, in room visits started up again and she seemed to be responding better but then suffered a fatal stroke.
A service will be held on Saturday, September 19 at 11:00 a.m., in the chapel of Voyage Funeral Home, 220 Hespeler Avenue at Henderson Hwy. Interment to follow at Holy Ghost Cemetery, 4387 Main Street.
In lieu of flowers, donations may be made to the Alzheimer Society or the Heart and Stroke Foundation to help with the detection, treatment and education of "Silent Strokes: a truly silent killer.