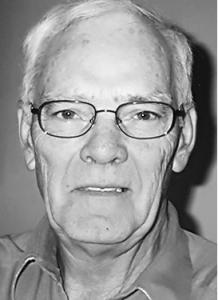 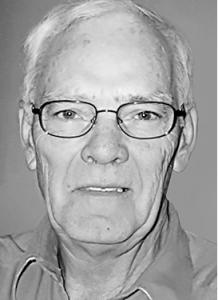 SPARROW: Cecil Cameron Sparrow passed away peacefully on September 15, 2020 at Country Meadows Personal Care Home, Neepawa, after a lengthy journey with Alzheimer's; just a month short of his 82nd birthday with Ramona and Karen by his side. Cecil was born in Winnipeg on October 12, 1938. He was the eldest of seven children born to Fred Sparrow, and Nellie Zerkee Sparrow. His early years were spent in the Mill Creek District and Austin, moving to Carberry in 1950. After leaving school he worked on many farms, until he moved to Brandon. He was then given the opportunity to register as an apprentice journeyman mechanic working for Butcher Motors and taking his written courses at MTI. After this he went on to work for Manitoba Telephone System as a mechanic, following in his father's footsteps. In 1958 he married Ramona Freeborn and raised their children Gerald Cameron born August 30, 1961 and Trinda Dee born December 15, 1964. His greatest interest was his family. He coached Gerald's hockey, and Trinda's baseball. The summers were spent at the cabin at Minnedosa Beach, during the day pulling all the kids water skiing and evenings playing cards with family and friends. He enjoyed fishing and had fun golfing with friends Harvey and Keith but left the real golfing up to his brother-in-law George. Cec undertook renovating the cabin, eventually adding two more rooms. He enjoyed helping his father-in-law renovating homes, learning from him as he went along. After leaving MTS Cec moved over to Binkley Motors becoming assistant service manager. In the next few years Cec moved around working his way up to becoming experienced enough to work for Chrysler Canada as a District Rep, which was what his dream had been. He moved his family to Winnipeg, working out of a brand-new building, getting to travel around all of Manitoba and the Western part of Ontario. After a few years Chrysler moved him out to Brandon and after travelling from Monday to Friday, he and Ramona decided it was best for their young family to stay in one place. In 1974 he accepted a position at Brandon Chrysler Dodge selling vehicles. He loved this job and felt as though the Fowlers were family, always keeping track of "the kids" as they were growing up. Now that Gerald was at ACC and more or less on his own, in 1980 Cec, Ramona and Trinda moved to Neepawa and he became a partner in Rutledge Garage with Robin. Years later selling his share, as both kids were now living in Brandon, it was time to retire. However, he couldn't stay away from those Chrysler vehicles and after awhile he accepted a position as sales manager at Woodworth Chrysler Dodge in Shoal Lake. Getting tired of listening to his family wanting him to retire, he finally decided to call it quits. Only to take on a delivery route for the Brandon Sun. Cecil was such an outgoing "people person" and was happy when he was meeting and visiting with all the people he would meet in his travels. He was affectionately known by Gerald's friends as "Big Bird" or "the man from glad". In Neepawa Cecil joined the curling club and the bowling league. He was a member of the Chamber of Commerce; a proud member of the Lions Club, holding many offices in the district and receiving Governor's awards. He was on the board of the Eye Bank of Manitoba and North Western Ontario. Cecil also received the Melvin Jones Award for dedicated service to his community. Cecil loved sports and had season tickets to the Brandon Wheat Kings, insisting Ramona go with him and he would "teach her the game". In 2011 Cecil was diagnosed with Alzheimer's, beginning a long and frustrating journey with this terrible disease. In 2015 Cecil and Ramona moved to Minnedosa into Gerald's senior complex and he was there until he was unable to stay at home. In 2019 he moved into Country Meadows Personal Care Home. He was happy there telling us how well he was looked after. Left to mourn Cecil's passing, his wife Ramona of 62 years; son Gerald Cameron and wife Karen, their children Jennifer (Dave) McLean, Falynn Sparrow, Morgan (Kurt) Ritchie; daughter Trinda Dee (Darren) Collister and her children Jarrett (Angel) Eakins, Brooklyn Eakins, and Bryce Cameron Eakins Collister. He has seven great grandchildren: Randi Cameron, Alexis, Mackenzie, Hailey, Maddison, Jaxson and Mason. Left to mourn their brother Cecil is his sister Iris Posthumus, brothers: Jim, Nelson (Phyllis), Leslie (Donna) and Lorne (Debbie). There is Uncle Bill Knight and one aunt, Florence Loeppky. His brother and sister-in-law, George and Beverly Ranson. Also mourning his passing are many nieces and nephews and their families. Cecil made many exceptional friends along his life journey. There are so many wonderful memories to Cherish in life's relationships and Cec cherished them all. Cecil was pre-deceased by his two baby girls Teri Lynn, and Sheri Lee, his parents Fred and Nellie Sparrow, brother Milton, brother-in-law Fred, sister-in-law Yvonne and his in-laws Clare and Diane Freeborn. Due to Covid-19 a private family service and urn placement will take place at the columbarium at Carberry cemetery. Donations in memory of Cec can made be made to a charity of your choice.

SPARROW: Cecil Cameron Sparrow, beloved husband of Ramona Sparrow, entered into rest peacefully September 15, 2020 at the Neepawa Personal Care Home at the age of 81. A graveside service at Carberry Cemetery will be announced at a later date. Memorial donations may be made to the Alzheimer's Society.