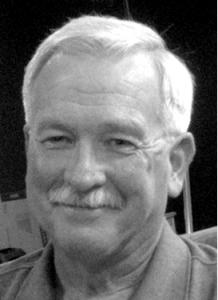 MITCHELL: Glen Robert Mitchell (61) of Carberry, Manitoba, passed away suddenly at his home on July 25, 2020. Glen was born April 10, 1959, to Robert and Margaret (Waterhouse) Mitchell. He grew up on the farm near Douglas, along with his four sisters. He helped his dad on the farm and was in the 4H Beef club for many years. Glen graduated from Carberry Collegiate in 1977. For several years he worked for Graham Farms as well as with his cousin Ron Mitchell in the winters. During the summers, he played baseball with the Wellwood Sluggers and in the winter, he curled in many bonspiels. In 1984, Glen married Shelley Wild. They lived in Gladstone for two years until moving to Douglas (his grandparents' farmyard) in 1986. Glen and Shelley had three children. In 1996, Glen's parents sold their farm and moved into Carberry. Glen and his family moved to Carberry in 1998. Glen was so thrilled the first year that his team won a spot to play in the Labatt Tankard (provincial mens curling). He played in the provincials 4 more times and each time was a highlight for him. He also loved to watch curling and spent many hours at the rink watching and coaching as his children curled in various events. He enjoyed helping with the junior curling program out of the Carberry Curling rink and was always willing to encourage the younger curlers in the finer arts of the game. In 1992, he accepted a job as a parts salesman at Mid-Plains Implements in Carberry. Glen was the "go to" guy at the shop. He knew everyone in the area. There have been many stories about the "grumpy" parts guy at Mid-Plains - he enjoyed chatting (giving anyone he could a hard time) with everyone. And he especially loved having a good laugh with people. The Mid-plains staff are missing his knowledge and expertise in their parts department. Glen loved to golf. You could catch him on the course every Sunday playing all day long. He often golfed with his close friend, Ken Drysdale. However, he was not averse to golfing alone - such was his passion for the game. He was well known to everyone at the golf course. Glen was a hard working man that would always lend a helping hand with community events. Every year prior to the annual Carberry Men's Curling Bonspiel, he would be found at the rink, helping to flood the skating rink to turn it into additional curling sheets. He loved his family and his kids. He wasn't a person to share his feelings openly but anyone who saw him with his children and especially his grandson, knew how deeply he loved them. He would tell everyone what the kids were up to, what Greg was working on, how Andrea was doing in Toronto and what country Mike was in. And he loved to share pictures of Ian. Glen was predeceased by his nephew Zachary Fowles and his father Robert Mitchell. He leaves to mourn his beloved children, Greg (Alyssa) and grandson Ian, Andrea and Michael as well as his mother, Margaret Mitchell and his sisters, Sharon (Ritchie) Bickford, Heather (Earl) McLaren, Gail Mitchell and Debbie (Joe) Woitas, along with numerous nieces and nephews. The pallbearers were Rod Waterhouse, Les Harburn, Ritchie Bickford, Earl McLaren, Joe Woitas and Ken Drysdale. A private graveside service was held on August 5, 2020 at the Carberry Plains Cemetery. A come and go Celebration of Life was hosted by the Carberry Sandhills Golf and Country Club following the graveside service. Thanks to the significant efforts from the golf club and their many volunteers, the family was able to (safely) meet with friends and family who came to share their love and support.