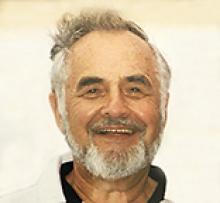 On September 2, 2020, our beloved husband, father, grandfather, great-grandfather, and uncle, Don Mallow, passed away peacefully at the age of 87.
Don will be deeply missed by the love of his life and wife of 65 years, Elizabeth Mallow. He will be lovingly remembered by his children: Richard Mallow (Lucy), Craig Mallow (Tanis), Karen Gregorchuk (Perry), Robert Mallow (Kimberly); and his adoring grandchildren: Lauren, Michael (Izabela), Hailey (Alex), Courtney, Tracy, Wendy, and Nicole; his great-grandchildren: Aleksa, Mikayla, Addison, and Gavin; and by his nieces, Wendy Sheldon (Phil), and Sandy Wright (Paul).
Don was predeceased by his parents, Dr. William Mallow and Edith Mallow of Kamsack, Saskatchewan; and his nephew, Drew Lauder.
Don was devoted to his family. Many fond memories were made on family vacations, in particular cottage time in Whiteshell Provincial Park and Don passed that love of family time at the lake on to his children. Don and Elizabeth spent many joyous hours playing bridge with friends and frustrating hours trying to teach their children the intricacies of bidding. Don was known as well for his sharp mind and wicked dry wit and loved to tease those around him, especially unsuspecting strangers.
In later years, Don retired from his first career as a well-respected insurance executive to take on the his dream role of owning and running a family business with his wife, Elizabeth.
The family would like to extend heartfelt gratitude and admiration to the staff of both The Waverley and Tuxedo Villa who cared for Don with great kindness during his difficult struggle with Alzheimers.
In lieu of flowers, donations may be made to the Alzheimer Society of Canada.