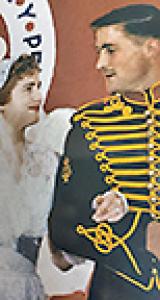 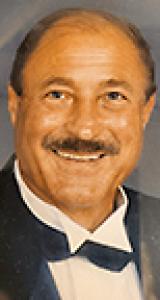 Cornelius Godri was born in Amsterdam on September 3, 1932. He passed peacefully on September 9, 2020.
In June of 1954, Cor met the love of his life, Lois Godri, at Assiniboine Park in Winnipeg. Cor and Lois spent 65 wonderful years together. They were blessed with three children, Glen (Heather), Donald, and Joanne (Chris), as well as seven grandchildren, Sarah and Heidi Godri, Dahna (Kris) MacNeil, Ben and Brad Godri, and Mitchell and Evan Albrechtsen. He was predeceased by grandson Gregory Godri. He is remembered by Dianne, Corey, Neale Bastiaans, Altje and Willjo Leyden Van Amstel and special friends Kelly Komadowski, and Henry Van Kemenade.
By age 11, Cor started playing clarinet, an instrument that would help shape his future. On April 2, 1953, he immigrated to Canada with the Canadian Armed Forces Band. In 1985 he retired from the Armed Forces and served as the secretary treasurer for Music Professionals of Manitoba for 13 years, and then as President for 11 years. He became a 60 year member in June, 2020. His career in music encompassed playing opportunities with Rainbow Stage where he was honored on the Wall of Fame in August 2019. Some of his musical accomplishments included playing with CBC Orchestra, Royal Winnipeg Ballet, Liberace, Bee Gees, Rod Stewart, Mel Thorne, Bobby Vinton, Ice Capades, Gilbert and Sulliven, and the opening and closing ceremonies of the 1976 Olympics to mention a few.
Above all, Cor's family meant more to him than anything else.

Dad and Opa, we are so proud of
you and will love you forever.

No formal funeral service will be held.