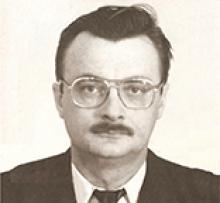 Greg grew up in Toronto and joined the Canadian Armed Forces at an early age where he served for the next 33 years. He was there when the FLQ crisis happened in Quebec. In 1967 he was active in the peacekeeping forces in the Gaza Strip when war broke out between Egypt and Israel. Greg was deactivating Canadian heavy machinery as the Canadian troops were pulling out. He served in Germany when the barriers were coming down, and in 1993, decided to spend his well-earned retirement in Winnipeg.
After a courageous battle with cancer Greg passed peacefully at the age of 77 years. He will be fondly remembered by his wife Helen, daughter Dana and son Ryan (Char). He is also survived by two brothers, Doug and Don, as well as many nieces, nephews, and friends.
He was predeceased by his parents, Charles and Edith Hartley; sisters, Leila (Reidy/Medcalf) and Rita (Samarco); brother Jack and wife Penny; sisters-in-law, Ruth (Doug) and Barb/Lorraine (Don).
We are grateful to Riverview Health Centre for their compassion and the excellent care they provided in his time of need. We thank Dr. Colin Fletcher for attending to Greg's medical issues for over 20 years.
Cremation has taken place. A private service by invitation was held at Wojcik's Funeral Chapel, 2157 Portage Avenue.