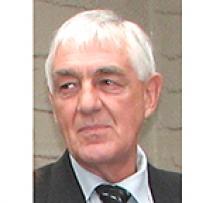 With great sorrow we announce the passing of Earl Christopherson who passed away of natural causes, at his home in Anola, at the age of 73.
He leaves behind the love of his life, his wife, Sherraine, his son Randy Christopherson, his son and daughter-in-law Ken Neil (Cindy), grandchildren, Mackenzie and Kaiden, his daughter-in-law Terri Otto (Randy), grandchildren, Lindsey, Ethan and Alexander.
He was predeceased by his sister Marsha Delanie and his parents, Leonard and Vinnie Christopherson.
Earl was born in Winnipeg and grew up in Anola and then later in St. Vital. In high school Earl was known to be very athletic and was a prominent local athlete in football and water polo.
After retiring from James Richardson & Sons, Earl took joy in spending his days puttering at the farm and living a simple life. Earl took great pride being a dedicated father and grandfather. He took part and loved watching Randy play hockey for the Blues, he never missed a game. Later on in life, he played chauffer for his grandchildren and happily drove them to all their sports events for many years.
If you happened to have the opportunity to know Earl you would agree he was one of the kindest people you would every meet.
Cremation has taken place, due to Covid a private RSVP family/friends Celebration of Life will be held.