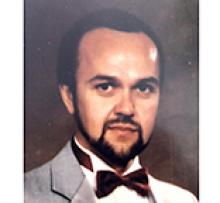 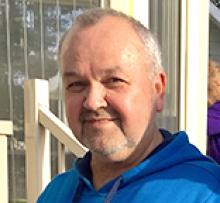 Peacefully, on September 13, 2020, Stan Dufay, aged 65, passed away at his home.
He is survived by his wife of 33 years, Brenda (Nakka), son Lynden (Julia), and daughter Jana (Devin), sister Danuta (Jozef), brothers, Greg and John (Kim); as well as nieces, nephews and cousins.
Stan was predeceased by his parents, Stanislaw (1985) and Janina (1989) Dufaj.
He was born in Dobra (near Szczecin), Poland on January 1, 1955. Eleven years later Stan, together with his parents, sister and brother immigrated to Canada to join their grandparents.
Stan attended Aberdeen Junior High and St. John's High School graduating in 1974. During his school years, Stan was a quiet individual but very knowledgeable. His claim to fame was being selected to represent his high school on the 'Reach for the Top' game show. Following high school Stan went to Red River Community College to study drafting after which he found employment with Federal Pioneer / Pauwels and subsequently Flyer Industries among other companies.
Stan loved working in his yard and was very proud of the crop he would yield every summer from his garden and fruit trees. He was an avid sports fan, a great cook and after retirement, enjoyed going for walks and bike rides around his island lakes neighbourhood. He had vast knowledge of, and passion for, music, and a soft spot for the family pets.
In accordance with Stan's wishes, cremation has taken place. A private family gathering will be held in the future.
In lieu of flowers, donations can be made to Diabetes Canada.

Rest in peace Stan. You will be very missed.