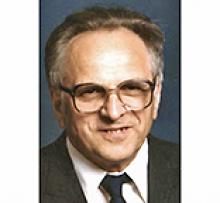 With broken hearts we announce the passing of Frank Harder, Wednesday, September 9, 2020, at the age of 88.
After several years of declining health, Frank passed peacefully, with family at his side.
Frank was born in Mrytle, Manitoba on February 23, 1932, to Johann and Gertrude Harder. The third youngest of 12 children, Frank didn't have the opportunity for much formal education. He helped out on the family's farm during the war years. As a young man Frank left home to work on the highways in rural Saskatchewan, where he met the love of his life, Mona. They married in 1957. Frank never missed an opportunity to further his education and was always up for learning something new.
In 1963 Frank and Mona purchased land in Oak Bluff, Manitoba, where they built the home they would raise their family of four and live for the next 50 years.
With a strong work ethic and desire to take care of his family, Frank worked as a heavy mechanic and shop foreman in the trucking industry, retiring in 1987.
Frank devoted his life to his family and over the years as Mona's heath declined and her eyesight failed he uncomplainingly took on the role of full-time caregiver. In 2016 when Mona moved to personal care, Frank, until the outbreak of COVID 19, seldom missed a day when he didn't spend time with Mona.
Frank was preceded in death by his parents; nine brothers; one sister, and son Brian. He is survived by the love of his life, Mona; children, Susan (Shane), Terry (Kelly) and Brenda (Delmar); grandchildren, Katie, Christopher, Zachary, Ryan and Rayne; sister Gertrude; sister-in-law, Martha, and numerous nieces, nephews and friends.
The family wishes to thank the amazing staff at Grace Hospital Emergency Department for their care and support.
Cremation has taken place and a celebration of Frank's life will be held at a later date.
In lieu of flowers, a donation may be made in Frank's memory to the Heart & Stroke Foundation, http://www.heartandstroke.ca/

"The best portion of a good man's life is his little nameless unremembered acts of kindness and of love."