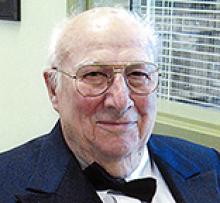 Ken will be greatly missed by family and friends. He died peacefully in Napier, New Zealand, surrounded by his New Zealand family, after a brief illness.
He leaves behind his loving wife Lexie, his children, Diane Buchanan and her husband Denny; and his son Derek Clark and friend Blanche; his grandchildren and their families: Brett and Kelly with Fiona and Owen, Cathy and Brian with Landon, Nathan and Makenzie, and Heather and Craig with Imogen; his nieces and nephews and their families. He was predeceased by his first wife, Leila Adley, his sister and brother-in-law, Denise and Ian McLennan, his brother and sister-in-law, Ian and Ruth Clark.
A special thanks to Jen and Allen McMillan, Heather and Harry Osborne and other family members who have been there for Ken and Lexie when the Canadian family could not.
Ken was a kind and loving man. He was born in Hastings New Zealand, worked at Smedley Sheep Station before being drafted into the New Zealand Army. As a Second World War veteran, he had trained in Canada with the Kiwis, Aussies, and Canucks to be a navigator in the Air Force prior to going to Britain.
He was a scientist, researcher, and teacher in plant sciences with education from Massey University in New Zealand, University of Saskatchewan in Canada, and Purdue University in the USA.
Ken was an avid traveller and adventurer and his career provided him with opportunities, such as his work at the Commonwealth Scientific and Industrial Research Organization (CSIRO) in Canberra, Australia where he developed Grassland Agronomy program.
After three years in Australia, the family returned to Winnipeg where as a professor he joined the Plant Science Department at the University of Manitoba (1964 to 1989); he taught and conducted research in areas such as Forage crops, Genetics, Plant Breeding.
He enjoyed travelling to Europe, Asia, Africa and the Middle East. He initiated an Agricultural Development project in the Highlands of Lesotho and worked with graduate students on a pulse crop nitrogen fixation project at ICARDA in Allepo, Syria. He had speaking opportunities in Europe, Japan, Australia and New Zealand and Technical missions to Russia, Estonia, Kazakhstan and Thailand.
He was well rounded, an active member and elder of Westminster United Church; he enjoyed sports throughout his life such as swimming, golf, curling and fishing, and was a member of a 40+ year bridge group. He will be remembered as a kind and loving man and a storyteller with a sense of humour.
The family would like to give special thanks to all those who extended their support and care to the family. The staff at Somerset and the health care teams in New Zealand and Canada. We would also like to acknowledge Dad's long-time friends, confidants and colleagues, Dr. Salem, Denzil Feinberg, Brian Johnson, and Maggie Clarke.
As per Ken's wish cremation has taken place. Celebrations of Life will be arranged both in Napier and Winnipeg taking in consideration COVID restrictions.
In lieu of flowers, please consider donations to Westminster United Church Winnipeg or the St. Boniface Hospital Foundation in support of Buckwheat Research.