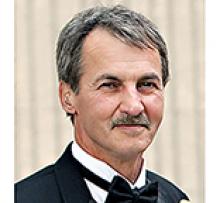 It is with heavy hearts that we announce the passing of Roger Bilyk, on September 13, 2020, with family by his side, after a lengthy battle with cancer and following a short stay at Riverview Health Centre, at the age of 65 years.
Predeceased by his father Michael Bilyk in 1958, mother Olga and stepfather Samuel Uskiw, grandparents, Catherine (Wladyka) and Thomas Schurko, and Eugenia (Osipa) and Anthony Bilyk. Roger will be sadly missed and lovingly remembered by his wife June and their three sons, Brennen (Breanna), Bryce and Cameron; granddaughters, Mallory and Daphne; siblings, Janet (Kenneth) Klassen, Rosemary Snyder, Barry (Cynthia) Uskiw and Tammy Uskiw (Eddie); mother and father-in-law Bernice and Robert Bissell, brother-in-law Kevin (Christine) Bissell and numerous aunts, uncles, nieces, nephews, family and friends.
Roger was born November 3, 1954, in Winnipeg, MB, Ukrainian Catholic, the youngest child of Olga and Michael Bilyk. Roger's dad Michael passed away when Roger was four years old due to an illness. Olga married Sam Uskiw in 1964 and the family moved to East Selkirk. Roger's sisters Jan, Rose and himself where soon followed by brother Barry and sister Tammy. Roger attended Happy Thought School and was a grade twelve graduate of Lord Selkirk Comprehensive School.
A year working with Manitoba Hydro and then two years at The Manitoba Rolling Mills, Roger then graduated in 1976 from Red River Community College as a Journeyman Machinist. He started work with Sterling Machine in 1976, knowledgeable and skilled with a great work ethic he had a very successful 41 year career in different capacities; promoted from Foreman to Superintendent to Service Manager. Part of Roger's legacy was that due to his work ethic he received an opportunity and his dad Sam Uskiw then purchased the company in 1986 as a family owned/operated business working with himself and his brother, this then led to another acquisition of a commercial property.
Roger met June on June 29, 1979, they fell in love and married May 29, 1982 in Winnipeg. Roger became Juvenile Diabetic and suffered hearing loss soon after they married. They were blessed with three wonderful sons, Brennen, Bryce and Cameron. Life happily centered around their boys and their education, sports and extracurricular activities, their Dad was one of the boys biggest fans. Brennen married Breanna (Drennan) in 2009, our family was blessed with two beautiful girls, Mallory and Daphne, his granddaughters were the light of his life. Great memories and traditions were built with loving family and friends.
Roger had a voracious appetite, he liked to socialize and travel including yearly family vacations, weekend jaunts to the US and camping, going to the cabin and fishing, he played in dart and slow-pitch leagues for years and he liked to build and repair most anything, never hesitating to help others.
Roger's family, friends and people he worked with were important to him. He was easy going, happy and content, reserved, resilient and strong he: lived - purposefully, loved - unconditionally, laughed - whole-heartedly and worked - ethically.
We would like to express our heartfelt gratitude to all of Roger's doctors, health care workers and support staff at CancerCare, St. Boniface Hospital, Health Sciences Centre, Concordia Hospital and Palliative Care Riverview Health Centre for their treatment, care and compassion.
Thank you to Father Sam Argenziano of the Holy Rosary Church for the Sacrament of Reconciliation. To Glen Lawn Funeral Home private viewing and cremation. A private funeral service will be held on September 24, 2020, at 2:00 p.m. at the Transcona Memorial United Church, to Minister Carol Fletcher officiating and the congregation for holding Roger in their prayers for the past almost three years, the family thanks you for your kindness.
If so desired, donations may be made in memory of Roger to Diabetes Canada, Manitoba, 401-1 Wesley Ave., Winnipeg, MB R3C 4C6.

"A good man, the world is a better place for having had Roger in it, we will cherish the wonderful memories we've shared. He will be deeply missed and forever loved."