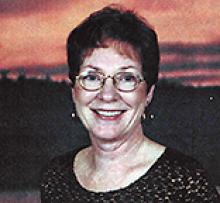 Family and friends may sign a
Book of Condolence at
www.glenedenmemorial.ca