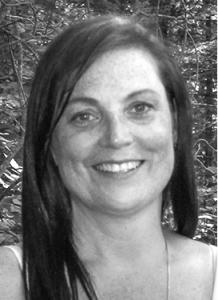 HAMILTON: After a long and courageous battle with cancer we announce with great sadness the passing of our beloved daughter, mother and sister Sharmyn Hamilton on September 20, 2020 at the Assiniboine Centre in Brandon. Sharmyn was born in Deloraine, MB on September 10, 1968 and moved to Brandon with her parents in September 1969. She attended Valleyview and JR Reid Schools for her early years and then Vincent Massey High School graduating in 1987. She took hairdressing training after high school as well as Early Childhood Education at Assiniboine Community College. She worked as a childhood educator at Linden Lanes Kids Klub and loved working with children. Later she became an administrative assistant at Meyers Norris Penny. Sharmyn and her husband Billy opened Hamilton Iron in 1999 working together until 2009. But her favourite job was front desk reception at Brandon Animal Clinic before she went on to work as a district service representative for Manitoba Hydro. On August 8, 1992 she married Billy Hamilton and together they had two children - Hayden born June 12, 1996 and Payton born November 15, 2000. In 2001, they moved their young family to a small acreage in Cottonwood Acres outside Shilo where Sharmyn was able to embrace and fulfill her passion for horses, especially Friesians, and other animals of all sizes. She bred and showed dogs, her favourites being Bull Terriers, and encouraged her daughter to participate as well. The acreage was dubbed 'the funny farm' and was home to all manner of animals; her latest loves being her parrots. She surrounded herself with her beloved pets and enjoyed every moment spent with them and with her children. She shared her love of horses with everyone by giving lessons, judging local horse shows and putting on clinics. One of her many dreams was fulfilled when she built an indoor riding arena so she could ride year round. Billy passed away suddenly and unexpectedly in December 2011 following which Sharmyn and her children remained on the acreage. She kept a positive outlook and great determination along with a fun loving nature persevering with optimism through many adversities. In 2018, Sharmyn found happiness again with a new partner Scott Draper who provided unconditional support and assistance which enabled her to continue to live on her acreage where she wanted to be throughout her illness until the time of her passing. Sharmyn is survived by her partner, Scott Draper, her parents, Barrie and Bettie Wood, her children, Hayden (Megan Sampson) and Payton, her sister Paula Stirling (Brian), nieces Holly and Leah Stirling. A private family committal will take place in Brandon Cemetery with Rev. Barb Jardine officiating on Monday, September 28, 2020. A celebration of life will take place at a later date. Sincere thanks to all the doctors and nurses who cared for Sharmyn throughout her cancer journey. For those who wish to honour Sharmyn's memory in lieu of flowers, donations can be made to any animal charity or to the Canadian Cancer Society, 415-1st St., Brandon, MB R7A 2W8.