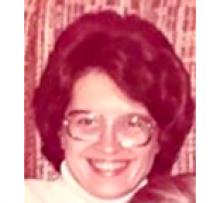 It is with sadness the family of Dianne Patricia announces her passing on Friday, September 18, 2020 at Health Sciences Centre in Winnipeg, Manitoba.
Dianne is survived by her daughter and son-in-law, Andrea (nee Webb) and Richard Macedo of Calgary; siblings, Joe (Margaret) Bielinski of Winnipeg, Alan (Gina) Bielinski of Red Deer, Linda (Jim) Schichl of Tyndall, Jean (Stephen) Bielinski of Melita and Laura Bielinski of Steinbach. Dianne is also survived by her uncle Roy (Lillian) Cole of Calgary and her numerous nieces, nephews and great-nieces and nephews across Alberta and Manitoba. Dianne was predeceased by her parents, Bernie Bielinski in 2003 and Kay (nee Kolopenuk) Bielinski in 2000.
Dianne was born in Teulon, Manitoba and spent most of her life in Winnipeg. She married in 1973 and had joyful periods raising her daughter, baking delicious treats and Ukrainian and Polish dishes which she was always quick to share, and tending to her garden and peonies.
Dianne suffered with physical and mental health conditions throughout most of her adult life and valiantly strove to live independently after her marriage ended.
Though small in frame, Dianne was a force to be reckoned with. She lived with fierce tenacity and conviction, never wavering in what she believed was right and found comfort in her faith in God. She courageously met difficulties head-on and without complaint, and often in circumstances where most would cower and give up.
At her best, Dianne was remarkably kind and willing to share what she had. She was always careful to never accept more than what she believed she needed and will be remembered fondly for her infectious smile and laugh.
In her most difficult periods, Dianne was supported by considerate staff of the Health Sciences Centre in Winnipeg. Supporting a loved one through mental health crises not only illuminates the suffering of the patient, but can compel loved ones to potentially face their own internal pain and trauma at the same time. Considering this complexity, Dianne's family would like to extend sincere gratitude to the Health Sciences Centre PY2 team for their care to Dianne.
Cremation has taken place and there will be no formal funeral. Gifts in Dianne's memory may be made to the Canadian Mental Health Association Winnipeg https://mbwpg.cmha.ca.
Dianne's family encourages anyone facing similar struggles to seek support from mental health professionals, without fear of stigma. They urge you to do so with the same resilience and courage that Dianne demonstrated throughout her life.