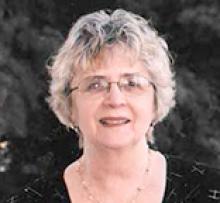 Lenore May Doern was born on March 25, 1940, in Teulon, Manitoba, a second daughter for George and Christina Doern. She moved to Winnipeg in 1951 with her parents and her three siblings, Claudia, Bruce and Karen Ann. Her childhood and teenage years were filled with family, friends, music, church, school, community, laughter and love. She carried that love with her throughout her life, sharing it graciously and generously with all those around her. Lenore was valedictorian of her class when she graduated as an X-Ray Technician in 1961. Her years in Winnipeg, Manitoba, Whitehorse, Yukon and Whitecourt, Alberta were busy ones as she worked in several hospitals and clinics while raising her children. She then moved to Claresholm and Strathmore before leaving Alberta to return to her prairie roots in Morden, Manitoba, where she continued working until her retirement in 2009. In 2019, she again moved to Alberta to be close to her children and grandchildren. She was diagnosed with cancer in early 2020 and passed away peacefully on August 2, 2020.
Lenore's legacy of love lives on in her children and grandchildren, Tracey and Dennis Carr (Landyn, Colton (Kaitlyn), Hannah); Todd and Heidi Sutherland (Noah, Grace); as well as in the daughter she was blessed to be reunited with in 1994, Ann and Rick Morrison, and granddaughters, Abby, Gwen, Laura and their families; her sister Claudia Campbell; her brother Bruce (Joan) Doern; her nieces and nephews, Findlay (Bobbi, Brennan, Samantha); Megan (Mark, Kristi); great-nephews, Matthew and David; Kristin (Rob, Jake, Jessica, Sam); Shannon (Chris, Bridget, Georgia); Z'Anne (Brad, Ethan); Blair (Jennifer, Dakota, Keaton, Madison) and Darrell (Katie, Felix, Annika).
Lenore was predeceased by her parents, George and Christina Doern; her sister and brother-in-law, Karen Ann and Murray Harvey; her brother-in-law, David Campbell; her niece and nephew, Blythe and Ian Campbell, and her great-nephews, Austin Willis and Luke Jansen.
A small tribute service was held for Lenore on September 6, 2020, and those who wish to view the memorial are invited to email carrfamily@shaw.ca for the link.
We are very grateful to the staff at Sobeys Beaumont Pharmacy, Leduc Home Care, We Care and St. Joseph's Auxiliary Hospital Palliative Care Unit for treating Mom with great compassion and dignity in her last few months.
Lenore would be honoured to have any donations directed in her name to Teulon United Church by mail (80 3 Ave. SE, Teulon, MB R0C 3B0) or by calling 204-886-2382. And, of course, a glass of Pepsi raised in her name would be a fitting homage as well.