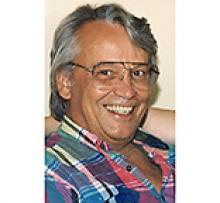 Al Owen Dyregrov passed in the early hours of September 21, 2020, with family by his side.
Al was born in Winnipeg on December 2, 1933 to Olga and Ole Dyregrov. He grew up, alongside older sister Ina, in the West End of Winnipeg, where he enjoyed hockey, playing cards with friends, and when he was a teenager, building the family cabin with his father at Brereton Lake. The cottage is still in the family.
Al went on to study engineering at the University of Manitoba graduating with a Bachelor of Civil Engineering in 1955, followed by a Master of Science in Soils and Foundations in 1957. Engineering was not only a career for Al, it was a 56-year passion. Al's career started with the St. Lawrence Seaway Authority in Montreal and the Federal Department of Public Works in Banff. He returned to Winnipeg in 1960. Most of the major structures in Winnipeg since have been touched by his expertise: The Trizec Development, Portage Place, Kildonan Place, St. Vital Mall, Kildonan Crossing, the MTS Centre, the TD Tower, the Winnipeg Airport Authority, and the Provencher Paired Bridges Project. Rural projects include the Churchill Townsite Development, the Thompson Open Pit Mine, the Brandon Simplot Fertilizer Plant and the McCains Potato Processing Plant in Portage La Prairie. Al also set many of the engineering standards and practices that are still in use today.
Some of the highlights of his career include being a founding member of the Winnipeg Geotechnical Society, being instated as a Fellow of the Engineering Institute of Canada, being a founding member of the Consulting Engineers of Manitoba, being named an Honorary Life Member of the American Society of Civil Engineers and receiving a Life Time Achievement award for his many contributions to the field.
In spite of all his achievements and accolades he remained humble and always willing to mentor others.
A car ride with Al through Winnipeg was always an educational experience, as he would discuss the soil and structure of all his many projects.
Al married Heather Forsyth in December of 1956 in Winnipeg and went on to have his two children, Brett and Kristin. Al married Reenie in September of 1986. Together they enjoyed their love of alpine skiing where he was on the executive of the Mount Alpine Ski Club, enjoyed scuba diving, travel, time with family, and time at Falcon Lake until Reenie's passing in 2002.
Al will be dearly missed by his family: Brett (Sabine), Kristin (Robert), Jodi (Rick), Gord, Rick, Mark (Maria), and his nine grandchildren, Nicole, Cole, Morgan, Scott, Cameron, Shae-Lynn, Keaton, Avery and Alessandra.
In his quiet, gentle and kind way Al was a cornerstone to his family. He will be remembered for his humour, patience and wisdom. As news of his passing spread, many people's comments had similar sentiments; not only was he an excellent engineer, but a gentleman, and a flat-out great guy.
Although dementia is terrible disease, it was never able, not even at the end, to steal from Al who he was at his core: creative, funny, kind, and a class act.
The family will be setting up a memorial scholarship through the University of Manitoba. The scholarship will be for Geotechnical Engineering students. Those interested in contributing can contact the family for further details.