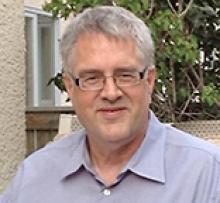 With heavy hearts, we announce that Bryan Rempel passed away unexpectedly on Friday, September 18, 2020, at the age of 62.
He is survived by his sister Deyanne Cleave (Gerry), and his niece Janelle Cleave. He was predeceased by his parents, Edmar and Martha Rempel, and his sister Beverley.
Bryan was born in Steinbach, Manitoba in 1958. Upon graduation from high school in Steinbach, he obtained his Commerce Degree from University of Manitoba and subsequently his CA degree. He commenced employment at Price Waterhouse, followed by involvement in Steinbach Flour Mills (a family business), Southern Regional Health Authority, and Palliser Furniture for the last 20 years.
Bryan was also actively involved on boards and committees of Steinbach Credit Union and other credit union related organizations, as well as charitable organizations, including Bethesda Hospital Foundation. He had a special interest in enVision Community Living (Steinbach), which was co-founded by his parents.
Bryan had a servant heart, always putting others first. He accepted people as they were and showed great compassion for special individuals. He was a true and loyal friend to many. He had a unique sense of humour. He enjoyed long walks, especially in the warmth of Phoenix.
If friends so desire, donations may be made to: enVision Community Living, 84 Brandt Street, Steinbach, MB R5G 0E1.
Due to new COVID restrictions taking effect Monday, September 28 the funeral service has been postponed and will be held at a later date. Updates will be made by Thomson "In the Park" Funeral Home as they become available.