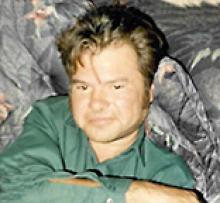 It is with great sadness we announce the peaceful passing of our brother and uncle Cootie, Barry Brian Sellick, of Winnipeg, MB on September 22, 2020 at the age of 63 years after a courageous two and a half year battle with cancer.
Barry is survived by brothers, Norman, Danny and Steven; sisters, Debbie and Dawn; aunts, Kay Thomas, Bernice (Don) Ayerst, Anna Beauchamp and Rose Booth; as well as nephews, nieces, cousins and many friends.
Barry was predeceased by his parents, Marge and Norman Sellick; brother Robert "Bobby" and sister-in-law Doreen Stevenson; grandparents, Florence and Robert Pruden, Maria and John Stevenson.
Barry was born in Winnipeg and raised in Hodgson, MB. He was educated in Hodgson and later at Fisher Branch High School. Barry was a hard working individual who developed many friendships over the years, including time with Manitoba Forestry; the "oil patch" in Fort McMurray and his last employment at Shaarey Zedek Cemetery in Winnipeg.
Barry had two passions in life, Stompin' Tom Connors of whom he said, "you're not a real Canadian if you don't like Stompin' Tom," and following the NHLs St. Louis Blues whom he followed since their inception into the NHL in 1967-68. Last year, after more than 50 years, they won their first Stanley Cup. His devotion to that team was indicative of his personality. Barry's hobbies were reading (he had enough books to start his own library) and movies, especially the old classics, including many black and white films.
If he was your friend, you had a friend for life. His generosity, sense of humour, singing ability (or lack of) and his "two-step" will be missed.
As per Barry's request, there will be no Wake Service and no flowers as cremation will take place following the funeral service. The funeral service will be Monday, September 28, 2020 at 1:00 p.m. with a viewing beginning at 12:00 p.m. at Anderson Family Funeral Home, 9 Railway Avenue, Ashern, Manitoba.
The family wishes to thank CancerCare Manitoba, Riverview Health Centre, Peguis Chief and Council and Peguis Health Centre.