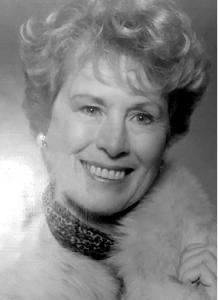 RAE: It is with profound sadness that the family announces the passing of Rosanna. On Sunday, September 20, 2020, with family by her side, she lost her courageous hard-fought battle with cancer. Mom was born to Ole and Laura Hjelmelend on August 17, 1940 in a tent in Wasagaming, MB. She would later attend school in Kemnay, MB. Rosanna was very athletic and excelled in track and field. She competed against all the boys and stated, "They were no competition for me!" She would remain active in sports for most of her life. Rosanna met and married Bob Rae. Together they had four children: Rob, Laura, Leona and Lana. Mom was a hard worker and worked outside the home for most of her adult life while also raising her children. She worked as a nurses aide before working many years in accounting at Brandon General Hospital. After retirement, Mom worked at Walmart and Sobeys as she needed something to keep her busy. Mom loved to travel and visit family, but only by car, as she had a fear of flying. She put countless miles on her vehicles travelling from province to province visiting her kids and grandkids. She even took some of her grandchildren to Disney World. Mom loved spending time with family, especially family gatherings and holidays. Rosanna played in a ladies' fastball league until her late thirties. Shortly after that, she became involved in bowling and golf. Mom became very passionate about these sports and made many great friends. She would also love playing cards with her good friends; something she looked forward to every week. Rosanna was a strong independent woman. She never wanted to ask for help and tackled many home renovation projects on her own. She loved gardening and also took up painting later in life. She was very artistic and painted countless charming pictures that she gifted to family. These unique creations will be cherished forever. Mom loved family and hated to miss out on any occasion. She will be missed for her spontaneous whirlwind visits. Rosanna was predeceased by her parents and brothers Millin and Rudy. She is survived by her children Rob (Joan), Laura, Leona (Bill) and Lana (Russ); grandchildren Courtney (Matt), Cory (Lizanne), Tyler (Kate), Kelly, Pat, Whitney (Evan), Jordan (Cassidy), Angel and Aidan; great grandchildren Kasey, Beau, Kylo, Olsyn, Fiona, Kealan, Declan, Austin, Beau, Charlie and Tori; brother Wayne (Sharon), sister Laurali, sisters-in-law Laurie (Bill) and Mavis, as well as many nieces and nephews.

"Gone from our sight,
but never far from our hearts."
"Rest in peace"

Upon Mom's request, there will be no formal service. The family will cherish her memory privately. Flowers are gratefully declined. Donations in memory of Rosanna may be made to the Brandon Humane Society, 2200 17th Street East, Brandon, MB R7A 7M6.