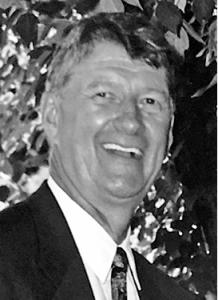 CUDDINGTON: Robert "Bob" Cuddington, June 30, 1942-September 27, 2020. Robert "Bob" Cuddington was born in Brandon, Manitoba on June 30, 1942 to Charles and Lorrine Cuddington. The youngest of three siblings to his brother Don and sister Janet, they were a close and loving family. A busy and active boy, Bob was involved in many sports as a child including hockey, baseball and basketball and loved his many years as a Boy Scout. He enjoyed camping, fishing and hunting with his father and brother, and many adventures with his Scout mates which he often talked about fondly. Bob studied at Earl Haig School and Brandon Collegiate Institute, but liked to say that he spent too much time at the pool hall with his buddies or/on Friday afternoons playing hooky and fishing with his brother. He earned the nickname of "Crow" early, and it was used affectionately by his friends throughout his life. As Bob grew older, he also grew taller, a big man at 6'5" his height and skills on the basketball court earned him many high school scoring titles leading his team to many victories, and ultimately a brief stint in Bemidji College in Minnesota where he played for the Beavers as a forward. Playing basketball on many senior men's teams over the years were fond memories both playing and partying alongside his team mates. Bob's early employment started with delivering telegrams as a young boy and with Eaton's in the grocery, and later as a young man he worked for the PFRA. In the early 60's Bob started working as a salesman with Bowman Brothers and later British American Oil. In 1965, Bob met his future wife Verna McTavish and they married on May 14, 1966 and began their family with their first child Leah and later their son Todd. Career opportunities led Bob and Verna to St. Paul, Alberta and later Thunder Bay, Ontario where Bob worked for Gulf Oil as a bulk fuel agent and later as District Manager supplying fuel to forestry camps in the Lake Superior region. Bob and family returned to Brandon in 1974 as Owner/Operator of the West End Gulf Service Station. Bob was always a friendly face at the service station and enjoyed working with the public. In 1979, Bob took his sales experience to Craig Broadcasting and began working at CKX Radio and Television where he continued until his retirement in 2001 following 22 years in advertising sales. Bob enjoyed his work and made many friends in the business community in Brandon. He was always active in his community and enjoyed serving on the Valleyview Community Centre Board and volunteering with community events like the Labatt Brier and World Curling Championships. A life-long hockey fan, Bob spent countless hours with his "extended family", the Brandon Molson Pioneers Oldtimers Hockey team. Travelling to games and tournaments throughout Manitoba, Canada and the United States were times filled with laughter, and Crow was always faithfully cracking jokes and ready to perform. His teammates and friends were always near and dear to him, and he and Verna always enjoyed sharing countless stories and funny memories. Following retirement, Bob and Verna retired to their cottage at Ditch Lake. Clear Lake was always an important part of Bob's life and moving up to the cottage was a natural place to spend retirement. Bob was central in the establishment of the South Ditch Lake Recreational Cooperative and served for many years as Board President. Bob was always there to send a friendly wave to people leaving or entering the Ditch, he also never hesitated to tell someone to "slow down" if he thought the speed was a little too fast. In retirement Bob became an active member in the Erickson Lion's Club where he served as President, and also sat on the Crossroads Community Centre board. He was also a regular volunteer serving Meals on Wheels to seniors living in the Erickson community. Bob never met a sun deck that he didn't enjoy and he spent many happy hours enjoying the summer sunshine. Whether it was a family trip, or a junket with friends to Florida or other warm destinations, trips were always thoroughly enjoyed the ingredients for a great holiday were simple: sunshine, laughter, a warm body of water, and Bacardi. Bob was a dedicated and loving brother, husband, father and grandfather, always keenly interested in his kids and his granddaughters and all their interests. Granddad loved his three little granddaughters and cherished the time that they spent with him up at the lake. Bob was a fun guy, a loving husband, a dedicated and caring father, a man who was always quick to offer a hand or a smile. He will be lovingly remembered and sadly missed by his wife Verna, daughter Leah (Tim) Figol, granddaughter Jules, son Todd (Anne), granddaughters Freja and Sofia, sister Janet Rossborough, nephew Bob Rossborough, niece Anne-Marie Rossborough, cousin June and Bob Grabowski, Kerri-Lynne Grabowski, Loree Grabowski, cousin Ken Montgomery. Extended family, Bill and Donna McTavish, nephews Scott and Bradley, Janet and George Inman, nephews Trent and Trevor, Terry and Patti McTavish, niece Tara, nephews Jason and Tyler, Joanne McTavish, nieces Dana, Paula and nephew Darcy, and their spouses and children. Special lifelong friends Don and Mona Halls and children Kim, Tyler, Curtis, Julie and Loni. Bob was pre-deceased by his parents Charles and Lorrine, brother Don, brother-in-law, Bruce McTavish and brother-in-law John Rossborough. A celebration of life will take place at a future date.

CUDDINGTON: Robert "Bob" Cuddington passed away suddenly at the Brandon Regional Health Centre on Sunday, September 27, 2020 at the age 78 years. Known to close friends as Crow, Bob will be lovingly remembered by his wife, Verna; daughter, Leah (Tim) Figol and their daughter Jules; son, Todd (Anne) and their children Freja and Sofia; as well as sister, Janet Rossborough and her children Anne-Marie and Bob Rossborough. A Celebration of Bob's Life will be held at a later date. In lieu of flowers, donations in memory of Bob may be made to the Heart & Stroke Foundation, 1379 Kenaston Blvd., Winnipeg, MB, R3P 2T5 or to the Brandon Regional Health Centre Foundation "Cardiac Care", 150 McTavish Avenue East, Brandon, Manitoba, R7A 2B3. Complete obituary information to follow.