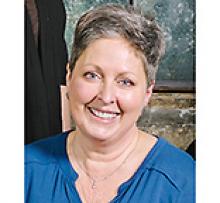 With great sadness, we announce the passing of Barbara Gail Colomy on September 20, 2020, surrounded by loved ones at her home, in Winnipeg Beach.
She leaves to mourn her mother, Evelyn; husband, Alex; three children, Liz (Colin), Maggie (Joe) and Matthew; stepson, Sean (Kristyn); four grandchildren, Caitlin, Logan, Olivia and Taya; and siblings, Bob (Nancy), Erla (Marty) and Scott (Kari). Gail was predeceased by her father, Ian.
Gail was born in Russell, Manitoba in 1956. The eldest child of Ian and Evelyn Hamilton, Gail and her three younger siblings were raised in Transcona where their parents were teachers. After graduating from Red River College, she embarked on a long career as a legal assistant in Stonewall where she raised her three children and built many lasting friendships. When the kids were grown, she moved to Winnipeg and eventually her skills and interests led her to a career as an estates officer with the Public Guardian and Trustee.
Gail and Alex met in university in the late 1990s and their love was most special. After many years together, they quietly married in 2004. With eyes on each other and on retirement by the lake, Gail and Alex later built their own house in Winnipeg Beach and wasted no time making new friends and finding their place in a small and lively new community. Gail took great pride in making their home beautiful and welcoming both inside and outside and created many great memories there with loved ones.
Throughout her life, Gail was quick to make friends and connected easily with others in any setting. With an infectious smile and laugh, she shared her happiness freely with those around her. Gail had a heart for the elderly and was a patient and gifted organizer, advocate and teacher. Gail's greatest devotion was to her family, though. She filled the lives of her children with all she could pour into them. When she became a Nana, she found a whole new joy in her grandchildren.
A private family interment has taken place.
In lieu of flowers, donations can be made to CancerCare Manitoba.