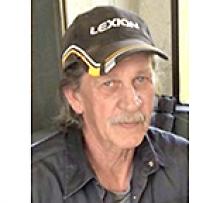 On September 23, 2020, Daniel Decker passed away peacefully, at the Gimli Hospital, at the age of 73.
Danny is survived by his daughter Carmen, her husband Ben and their son Caleb; his four brothers, Joe (Evy), Archie (Donna), Larry (Kelly) and Jim (Barb); and sister-in-law Bev; his uncle Ervin and several nieces, nephews and cousins. He was predeceased by both his parents, his brother Doug, and his nephew Victor.
Danny was born April 10, 1947, in Eriksdale, Manitoba to Bruno and Dorothy Decker. He attended Gypsumville School and lived his entire life in Gypsumville. At the age of 18 he began working for Bergner Equipment Rentals operating heavy equipment. There was not a single piece of heavy equipment that he could not operate. He was a very hard worker and very talented at his job. He remained with Bergner Equipment until 2005 at which time he began working for Rohl Farms until his so-called retirement in 2013. Danny was a very kind and quiet man; he enjoyed the simple things in life. He enjoyed wood working and was very good at it, building bird houses, furniture and he even helped build a beautiful home in Steep Rock and was very proud of that job.
As per his request cremation has taken place and no formal service will be held.
The family would like to thank Arnason Funeral Home, the doctors and nurses at Health Sciences Centre and Gimli for their excellent care and compassion given to Danny.
In lieu of flowers, donations may be made in Danny's memory to CancerCare Manitoba Foundation Inc., 675 McDermot Ave., Room ON1160, Winnipeg, MB R3E 0V9 or to a charity of one's choice.