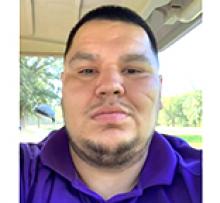 It is with heavy hearts we announce the sudden passing of Wally, at the young age of 30.
Left to mourn and cherish his memory are his children, Ethan and Emily; stepchildren, Alijah and Haven; dad and stepmom, Cornell and Lisa McLean; siblings, Cornell Jr., Deborah, Courtney (Farrell), Kelsey (Bobby-Lynn) and Rebecca (Kris); grandmother Joyce Cardinal; nephews, Tristan, Dayson, Chayse, Kaynon and Levi; nieces, Daysiana, Caleigha, Kayanah, Kaidence and Neveah; uncles, Walter, Conrad (Kerri), Berry (Andrea), Jamie (Sue) and Alex (Irma); aunties, Lana, Vanessa and Yvonne, as well as many cousins and numerous friends.
Wally is predeceased by his mother April Carrick (nee Cardinal); grandparents, Walter McLean, Theresa McLean and Victor Cardinal, his niece Teelah-Blue Caribou-McLean, uncle Randal (Jeff) McLean and his cousin Jeremy Roulette.
Wally enjoyed playing pool with his teammates, (Lisa, Farrell, Elvis, Carmale and Perry); golfing with his brother Cornell Jr. and brother-in-law Farrell. He liked to attend the poker derby's in the rez and quadding with his brother Kelsey. He also enjoyed playing cards, VLTS, gaming out on his Xbox and spending time with family and friends.
He had quite the sense of humour and was known for his sarcastic attitude and funny jokes. He had a big heart when it came to his family and friends and was always willing to lend a helping hand. His children were his pride and joy, he always made sure they knew how much he loved them. Wally will be missed greatly by all those who knew and loved him.
Traditional wake and funeral services will be held in Lake Manitoba First Nation, MB.
Special thanks to Lake Manitoba First Nation Band, Interlake Reserves Tribal Council as well as everyone who donated and all those who have reached out to show their love and support to our family during this difficult time.