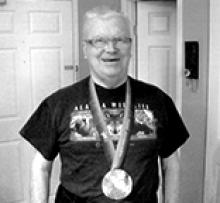 On October 6, 2020, after a brief illness, Don passed away peacefully at the St. Boniface Hospital in Winnipeg.
Don was predeceased by his beloved wife Leona, his birth mother Lillian Mary Edwards and adoptive parents, Frank and Catherine Haddock. He is survived by his in-laws, Larry and Doreen Klassen; and nephews, Randy, Gord and Jim Klassen.
Don spent his life in Winnipeg and attended the Accountancy (CA) faculty at University of Manitoba. After completing the course in 1961 he spent time in the CA profession and in other financial positions with National Grain, John Deere and Mackenzie Seed. After retirement Don continued in financial management until his untimely death.
Don became a member of the Masonic Order in 1967 and received his 50th year recognition in 2019. He served as Master of his lodge and as District Deputy Grand Master. He joined Khartum Shriners in 1979 and was a member of the Fife and Drum band. He served on the Board of Directors of Goodwill Industries since 1986.
Cremation has taken place and at his request there was no funeral service or celebration of his life. Don was surrounded by close friends as he was laid to rest at Thomson In The Park, on October 13, 2020.
No flowers please, but donations to CancerCare Manitoba would be appreciated. Make a donation to