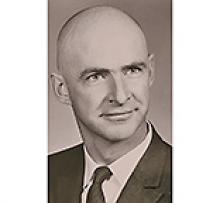 Youngest son of Clara (Campbell) and Robert William Rutherford, the last of his generation and sibling of Bob, Bill, Clara (Powell) and Doris (Roberts). He passed peacefully at home in Mexico with his loving family at his side. He is predeceased by sons, Peter (1987) and Mark (2010) and first wife, Willow (2012). He leaves behind his wife, Margo, step-son, Keith (Faby), step-daughter Mariela, step-grandchildren, Edwin Cristo, Jeremy, Bandiem and DesiRey, sons, Edwin (Marilyn), Gerald, Thomas (Jill), Bruce (Stephan), David (Jaimee), and Jose (Elisabeth), daughter, Daniela, daughter-in-law, Heather (Mark), grandchildren, Willow (Jordan), Cassandra (Bryn), Coral (Eric), Autumn (Jordan), Victoria, Jody, Eden, Sinai, Roberto and Mateo and great-grandchildren, Peter, Dinah, Mark, Oliver, Florence and Ozzy. He also leaves many nieces, nephews and friends in Canada and Mexico.
Dad's life began at 25 Lenore St. where he grew up during the Great Depression and Second World War. He played sports, attended church, delivered newspapers and enjoyed summers at Lac du Bonnet and the family farm near Balmoral. He attended Laura Secord School, Gordon Bell and United College and started buying and selling cars while still in school. He and some friends began building a cabin on Star Lake in 1947, which became a family focal point and still is. In 1949, he began Stonewall Motors when he obtained an old garage in Stonewall. He married Willow (Bradford) and eventually raised six sons, Mark, Ed, Gerry, Tom, Bruce, and Peter. Stonewall Motors grew rapidly and moved to a Winnipeg site near Polo Park in the mid 1950s. Dad was the general manager for almost ten years until it became Stadium Ford, under new management, but retained the property and adjacent Shell gas station. He went on to manage other dealerships including Pan Am Motors, St. James VW, and Ed Rutherford Chev-Olds. Dad also bought and sold commercial real estate and other assets. He was a tree hugger and had great respect for nature. He enjoyed road trips, boating, skiing, swimming, hockey and cycling. He provided his kids with summers at Star Lake, canoe trips, sail or motorboat trips and winter ski trips. He was heavily involved in community sports and was a consummate supporter of the underdog. He coached and managed several hockey teams and was a founder of the Manitoba Major Junior B Hockey League and the Charleswood Hawks.
He was on the cycling committee during the Pan Am Games in 1967 and a big supporter of the Blue Bombers and other sports clubs.
Dad discovered Mexico in the 1970s, fell in love with Puerto Escondido, began investing there in the early 1980s and moved there permanently in 1987. He was the first Canadian developer and tourist operator in the region. He met Flor Marquez and they had three children together, David, Jose and Daniela. In 1995, he married Margarita Avendaño Santiago (Margo) with whom he shared his last 25 years.
For the last 30-plus years, Dad's daily routine began at his favorite restaurant and hub of social and business activity, El Cafecito, in Puerto Escondido. He was usually the first patron to arrive every morning and loved to share stories over coffee with an ever-changing group of people. His friends and family delighted him with a surprise breakfast birthday party and his last meal there on his 93rd birthday, just 10 days before his passing, marking the end of an era.