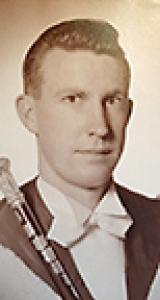 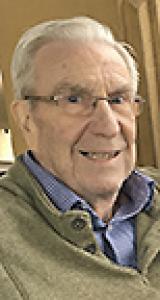 Jack passed away peacefully on October 13, 2020, in Kelowna at the age of 84, after a lengthy and recurring battle with cancer.
He was a kind and generous person, a great dad, and a devoted husband. We will forever miss him and think of him with love.
Jack was a pillar of the town of Boissevain, Manitoba for many years, where he owned the local drugstore and served as mayor (following in his father's footsteps) from 1980 to 1989 and as town councillor for several years before that. He was active in the Lion's Club, the Masonic Lodge and the Turtle Derby committee - among many other community-based pursuits too numerous to list. He also quietly supported many individual relatives, friends and neighbours when they needed help.
In 1945, when he was nine, Jack moved with his family from Bowsman, Manitoba to Boissevain. He soon established a large group of friends and got involved in hockey, baseball, golf and curling. His distinct and explosive laugh was a staple of many parties and gatherings - both in town and at the summer cottage on Arbor Island at Lake Max.
Jack and Myrna retired to Kelowna in 1994, where they spent the next 26 years enjoying the many attributes of the Okanagan Valley, golfing, curling, making new friends and connecting with old ones.
He is survived by wife Myrna, daughter Maureen (Carl); sons, Michael (Kim) and Philip (Jessi); and sister Dodie, as well as eight grandchildren and a close clan of nieces and nephews. He was predeceased by his father Doug, mother Ethel, and sister Donna.
A Celebration of Life will be held at a future date to be determined due to the health concerns around COVID-19.
In lieu of flowers, donations can be made to the Boissevain and Morton Foundation.