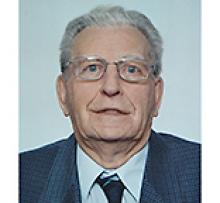 It is with heavy hearts, we announce that after a brief illness, James Brown passed away peacefully on October 12, 2020, at the Victoria General Hospital at the age of 87.
Jim is survived by Anne, his beloved wife of 64 years, brother, Bob (Marge) of Edmonton, AB, sisters, LaVera, Nora, Jean and Elma of Kelowna, BC, sister, Mildred of Winnipeg, Manitoba, and sister, Shirley (Steve) of West Kelowna, BC.
He was predeceased by his son, Murray James Brown, brothers, Bill, Ernie and Don and his sister, Elsie Feakes.
Jim was born April 19, 1933, to Jake and Justina (Jessie) Brown of Waskada, MB where he grew up on the family farm until moving to Winnipeg when he was 16.
In 1956, Jim met his soon to be bride on a bus travelling from Plum Coulee to Winnipeg. After a brief courtship, they were married on August 18, 1956, a union that would span 64 years. Jim was a hard worker and took great pride in his job as a custodian at the Winnipeg School Board, where he worked for 30 years until his retirement.
In retirement, Jim and Anne loved to travel, taking many road trips west to visit family and even a couple of cruises, their favorite to Alaska. Jim loved to play cards, especially cribbage. He and Anne were almost unbeatable at the Eagles where they played weekly. They knew each other's hand by the card the other played. Whenever company came over the first thing he would ask is "got time for a game of crib?" Here's hoping he has found a new cribbage partner and is playing to his heart's content.
"Uncle Jim" will be dearly missed by countless nieces and nephews, as well, as he and Anne made a great effort maintaining those relationships throughout the years.
We would like to thank the incredible staff at the Victoria General Hospital for their exemplary care and compassion in Jim's final weeks.
Cremation has taken place, interment to follow at a later date.