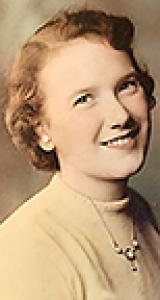 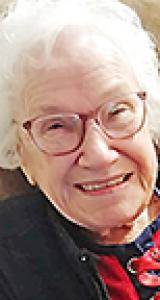 It is with great sadness that we announce the passing of our dear mother, Dorothy Phillips, on Saturday, October 10, 2020, aged 82.
Mom was born and grew up in the Town of Windsor, Nova Scotia. She was the oldest of 10 children and was raised with strong core values of love and faith, instilled by her loving parents.
She graduated from Business College in Halifax and worked at RBC. She met future husband, Ken, and was transferred with him throughout Canada as an RCMP wife, where she made many lasting friendships. She received an honourary award years later in Winnipeg as the "Second Man" for all her support and work while being married to an RCMP member in a smaller community.
During Mom's life in Fort Frances, Ontario, she belonged to the Kinette Club of Fort Frances, worked with Meals on Wheels, March of Dimes, Knox United Church, and even worked part-time while bringing up her two daughters.
Years later, after moving to Winnipeg, Mom had to go it alone and get back into the workforce. She secured a position with the Department of Education, Curriculum Development Branch in 1981, where she continued working until her retirement in 2004. Mom was well respected at her job and helped work on the first Provincial Exams in the Province of Manitoba.
During all this time, Mom was an extremely active member of Crestview United Church, working on Council, the Worship Committee, a long-standing member of the United Church Woman (UCW) and many volunteer jobs there. Her faith and church were very important to our mother, and it was her faith that gave her strength that helped her through life's difficult challenges.
Dorothy was predeceased by her mother and father, George and Rosamond Draper, her youngest sister, Judy Ozon, and recently her brother, Ernie Draper.
She is survived by her daughters, Cathy (Jason) Larsen, and Anne (Andrew) Cavers, honourary daughter, Wendy McDiarmid, grandchildren, Kaily (Alex) Wilson, Jessica Cavers, and Dylan (Megan) Cavers, and great-grandson, Jacob Wilson, brothers, Blaine (Mary), Bryan (Linda), Kenny (Linda), and Gary (Kim), sisters, Gloria (Carl), Brenda (Mike), and Gina (Kenny) and sister in law, Susan, numerous nieces and nephews, in-laws, and friends, of whom she all loved.
Much thanks is given to the staff at Metropolitan Kiwanis and to Heritage Lodge for their care and love of our mother.
In lieu of flowers, donations can be made to Alzheimer Society of Manitoba.
In accordance with Mom's wishes, cremation has taken place and a Celebration of Life will be held at a later date.