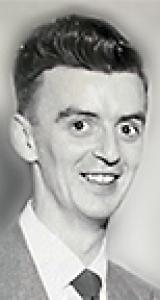 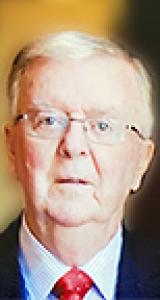 It is with great sorrow we announce the peaceful passing of our father, grandfather and great-grandfather, on October 6, 2020, at the wonderful age of 92 years.
Dad was predeceased by his beloved wife of 64 years, Marian; and his parents, Barbara and Colston Dickens. Cherishing his memory are his five children, Greg (Wenda), Neil, Jean (Franco), Barb (Phil) and Patti; nine grandchildren, Claire (Dan), Andrew (Megan), Cassidy (Kymber), Sarah, Cheryl (Jamie), James (Virginia), Adam (Nia), Emma and Kate; and four great-grandchildren, Connor, McKenzie, Taylor and Avery; along with numerous nieces and nephews.
Dad was born in Winnipeg and grew up in Weston, attending Cecil Rhodes School and graduating from Daniel McIntyre Collegiate. Following high school, he entered the Chartered Accountant Program in Winnipeg, and in 1953 he received his CA designation. Dad accepted a position with Price Waterhouse which, in 1955, led to a two year term in Caracas, Venezuela, an adventure that sparked a lifelong love of travel. In 1957, Dad, Mom and family relocated to Brandon, where Dad joined a former accounting classmate as a founding partner of an accounting firm, which would later become known as MNP. Always looking for new challenges, Dad joined the Auditor General´s Office of Canada in 1972, a decision which led to postings at the United Nations in New York, and NATO in Brussels, Belgium. In 1989, he became the first Canadian to be appointed Chairman of the International Board of Auditors for NATO.
Dad had a distinguished and very successful career, but for all his accomplishments, for all that he had seen and done, his greatest love was his wife and family. Dad and Mom were married July 7, 1951. At their 60th Wedding Anniversary, Dad said the wisest words he ever spoke were, "I do". He was a devoted family man, who was always present and involved in the lives of his children and grandchildren. An enthusiastic cheerleader, our greatest supporter, Dad rarely missed a special occasion, school concert or sporting event.
Dad was an amazing man, a wonderful husband, father and grandfather. He had a sharp mind and a terrific sense of humour. We are blessed with so many happy memories.

Grief is the price we pay for love.
We love you deeply, Dad,
and we will miss you dearly.

Cremation and interment have taken place. In these unprecedented times, we are unable to have a Celebration of Life service.
As an expression of sympathy, those who wish to do so may send donations in memory of Dad (Al) to the Heart & Stroke Foundation of Manitoba, or a charity of your choice.