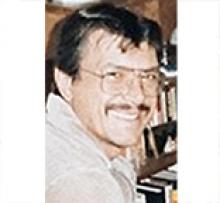 It is with great sadness we announce the passing of Pat Boyle in Edmonton, Alberta at the age of 79.
Pat was born in Winnipeg where he lived for 30 years. He and his family moved to Toronto where he worked at Sunnybrook Hospital. In early 2000 he reunited with his high school sweetheart, Carolyn Palmer, in Vancouver and was also closer to his children. For many years, Pat and Carolyn made an annual trip to their trailer in a private park outside of Seattle. In 2015, Pat and Carolyn moved to Edmonton. While Pat was a fan of many sports, he was an avid fan of the New York Yankees.
We would like to thank the doctors, surgeons and staff at the University of Alberta Hospital who did all they could for him over the years.
Pat was predeceased by his parents, Irene and Charles, his brother Ross, and his son Michael. He will be greatly missed by his partner Carolyn, his sister Diane, his daughter Shannon, his friends, Jason and Kristy Palmer, his former spouse Dianne, daughter-in-law Manon, and his grandchildren, great-grandchildren, niece and nephew, Aunty Raye and his many cousins and friends from across Canada.
He will be laid to rest near his parents and brother in Winnipeg.
In lieu of flowers, a donation can be made to the Friends of the Canadian Museum for Human Rights or a charity of your choice.