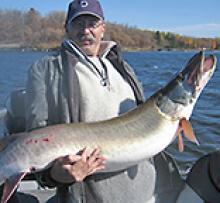 Craig Eros passed away suddenly at his home near Gunton, Manitoba, on Thursday, October 22, 2020, with his loving wife, Shelley, by his side.
Craig will be sadly missed by his family and many friends. Craig leaves to cherish his memory his wife, sons, daughters-in-law, grandchildren, sisters, brother, mother-in-law, sisters-in-law, brothers-in-laws, aunts and uncles, nieces and nephews and cousins. Craig was predeceased by his parents, Marge and Willie Eros; and his older brother, Glenn.
Craig was born in Winnipeg, the second oldest of a very busy family of five children. He grew up in Transcona, graduating in 1973 from Murdoch MacKay Collegiate.
Craig was always a creative, generous, fun-loving guy, who had many friends and enjoyed life. From an early age, he shared his love of music and art with those around him. One of his first jobs during high school was teaching guitar, and he performed in many bands over the years, including the rock band Eros, in which he played lead guitar and sang vocals along with brother, Glenn. In his twenties, Craig was a sound technician for live bands. He later became accomplished in Spanish and Flamenco guitar, and he and Shelley participated in a Spanish dance troop for many years.
He never lost his passion for rock and blues, and spent many an hour in his well-equipped home, recording studio writing and making music. He played guitar for hours a day, and became a mentor to many fellow guitarists. Recently, he had taken up a new interest in keyboards and synthesizers. Craig had just completed the first cut of a new solo album, in which he played all the instrument tracks, including vocals.
Craig leaves us with a legacy of breathtaking works of art, which began in childhood and the many years he worked at Hawkins Taxidermy. He will be especially remembered for his Manitoba landscapes, sunset, sunrise and wildlife paintings and, more recently, his hauntingly beautiful "space art" of galaxies, planets and nebula.
Craig was a dedicated family man, devoted husband, father and grandfather. In 1985 he married Shelley, and in 1986, the family relocated to north of Gunton, where Craig and Shelley incorporated, and Craig took on the role of President of Rockridge Turkey Breeder Farm Ltd. Craig also worked at Charison's Turkey Hatchery. Over the decades there were many farm locations, Rockridge Grower, Rockridge Breeder, Blue Springs, Windsor and Northridge. Craig worked diligently in that role until his retirement in 2016.
Craig and Shelley shared many happy times on their wooded acreage, creating art and music together, spending time with friends, and enjoying the simple things in life. Craig was inspired every day by the simple beauty he saw around him - a deer in the yard or birds at his feeder. He could often be found in the woods walking and maintaining his trails. He was a devoted gardener, spending much time caring for his plants.
He loved to barbecue and cook on a wood fire pit, and especially enjoyed making meals at the camper at East Shoal Lake. He always brought along a Flamenco guitar, and if he wasn't cooking, he was playing.
Craig was an avid fisherman and caught many trophies. He fished all sorts of fish, including pickerel, lake trout, muskie, salmon and arctic char in many parts of Northern Manitoba, Lake of the Woods, and even as far afield as Great Bear Lake and British Columbia.
Craig was loved. Craig had many plans for the future. His life impacted so many people. His family and friends are heartbroken at his early passing, and will miss him beyond measure. May your thoughts of Craig remind you to live your passions and enjoy the everyday beauty in life.
The family extends its sincere thanks to Emergency Service personnel, the RCMP, and Ken Loehmer for their kindness.
In lieu of flowers, donations may be made in Craig's memory to a group that meant a lot to him, Grateful Friends Animal Rescue at Box 999 Teulon, MB R0C 3B0, or the charity of your choice.
A private service will be held.