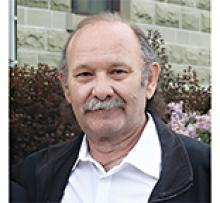 It is with profound sadness, that we announce the passing of Harry on October 18, 2020, at 63 years of age.
He was a thoughtful, caring and loving brother, uncle and friend that will be deeply missed.
Harry was born on January 24, 1957, and was the eldest of three boys born of Philipp and Alice (Nickel) Sackmann after they immigrated to Canada in 1955 and settled in Winnipeg.
Upon graduating from Winnipeg Technical Vocational High School in 1975, Harry pursued his certification as a Tool & Die Machinist at Red River College, after which he found employment with Sterling Machine Works, where he did an apprenticeship to receive his Journeyman's license. In 1979, Harry began his career as a Machinist for the Canadian National Railway (CNR) at the Transcona Shops before he left to take on new challenges in British Columbia. Realizing how rewarding it had been working for CNR, Harry moved to Edmonton in 1981, and resumed his employment as a Machinist at the Calder Diesel Shop. In 1983 he was made a Foreman and later promoted to Supervisor of Motive Power in 1989. A position he proudly held, until his early retirement in 1997 because of a medical disability.
Harry was always fiercely independent and lived by himself for the majority of his life, after settling in Edmonton. He was an avid Oilers fan and always supported his home team (even though he was not a big sports fan). He did, however, love traveling and would often drive to Winnipeg two or three times a year. Harry loved watching Sci-Fi and Police procedural TV series, but his favorite past-time was simply kicking back while listening to 'Deutsche Heimat Melodien' (German homeland melodies) for hours at a time.
Predeceased by his infant brother, Manfred in Germany, his mother, Alice, in 1986, father, Phillip, in 1997 and step-mother, Anne, in 2018. Harry will be lovingly remembered by all his family: brothers, Arnold (Cindy) and Dieter, sister-in-law, Martha Brown, nieces, Jennifer (Jay) McNish, Amanda (Chris) Hogben, Allison (Robbie) Adams, Krystin Sackmann and Chantel Sackmann-Chartier, all of Winnipeg, nephew, Brayden Sackmann of Calgary and nine great-nieces and nephews also of Winnipeg, his best friends in life, Kim (Woods) Rempel of Steinbach, Andre and Laurette Kipling and goddaughter, Nicolette Kipling of British Columbia and family friend David Warkentin of Winnipeg.
Thank you to all the staff at the Grey Nuns Hospital in Edmonton for the compassion and professional support they provided to Harry during his final days.
Viewing for family and friends will be on Friday, November 6 from 5:00 p.m. to 8:00 p.m. Please contact Klassen Funeral Chapel for further details.
A celebration of Harry's life will be held for the immediate family on Saturday, November 7 with Pastor Jonathan Kroeker officiating. Interment to follow at Brookside Cemetery.
To view a live stream of Harry's Celebration of Life please email hs_service@sackmann.ca and request a link.