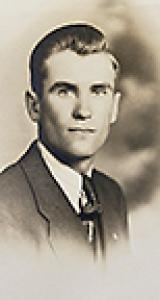 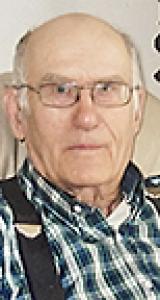 It is with great sadness that the family of Don Taylor announce his passing, on November 3, 2020, at Douglas Campbell Lodge, in Portage la Prairie, Manitoba, at the age of 102.
Left to mourn and forever cherish his memory are his loving children, Gary Taylor and Linda Taylor Gander, as well as extended family and friends. Don was predeceased by his loving wife of 66 years, Irene Taylor, in 2011, his parents, Elizabeth and William Taylor, stepmother, Alice Taylor, sisters, Susan Parker and Gladys Tully, brother, Roy Taylor, and his son-in-law, Warren Gander.
Don grew up on the family farm in the Reaburn area and took his schooling at Reaburn School. After finishing his schooling, he purchased farm land in the Reaburn district. He cleared the land by hand and set up a farm site on one of the properties. He built a house on that farm site, just prior to his marriage; and in 1944, he married Irene Evers. Together, Don and Irene ran a successful mixed farming operation, for over 40 years. His tireless work ethic, strong mechanical aptitude, and ability to fix almost anything, served him well in farming. Don loved the farm life, and it was his life long passion. Even after his official retirement, he assisted Gary on the farm for over 22 years. He could still operate a combine at age 88, and really enjoyed doing so.
In 2006, he and Irene moved to Windsor Park Estates in Portage la Prairie, and then in June 2011, to Douglas Campbell Lodge.
As a husband and father, Don loved his family dearly and worked very hard to provide for them. He was very honest, and his word was his bond. He attended church regularly, at the Alliance and Baptist churches, until his later years, when he would watch the church services on television. Don's Christian faith was what he based his life and values on, modeling those values for his family. Because of that faith, Don has now gone to his eternal heavenly home, to join his beloved wife, Irene.
A special thanks to the amazing, compassionate, and very talented staff of Douglas Campbell Lodge, for the great care and love shown to Don, and a special thanks to all the family and friends that visited Don, through the years. He greatly appreciated each visit.
His memory will live on in those that were fortunate enough to know and love him.
In lieu of flowers, donations may be made to Douglas Campbell Lodge, 150 9th St. SE, Portage la Prairie, MB R1N 3T6, or to a charity of choice.
Due to the covid pandemic, Don's family will celebrate his life privately.

Messages of condolences can be made
online at www.omegafuneralhome.com