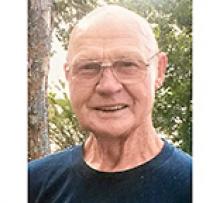 On Sunday, November 8, 2020, John Bernard Bergen passed away, at the age of 79.
John is survived by his two sons, Richard and Dewayne; daughter, Polly; brother, Jim (Helen); sister, Carol (Henry); grandchildren, Leah (Adam), and Marcus and many nieces and nephews. John was predeceased by his father, Ben, mother, Anna, sister, Mary and son-in-law, Peter.
John was born October 10, 1941, in Gretna, MB to Ben and Anna Bergen. He grew up in Schoenwiese where he worked on the CW Thiessen farm. He returned to Winkler, working at the Creamery, before going to work in Thompson and Flin Flon, where he honed his skills as an Ironworker and Welder. When he returned to Winnipeg, he worked for both Dominion Bridge and Abesco before retiring in 2007. John was a natural athlete, who excelled at baseball and hockey, playing for various teams in Winkler, Ste. Anne and Winnipeg. When he was behind the plate, and brother Jim was pitching, they were a formidable pair. John had a passion for all things outdoors, especially the solitude of hunting and fishing. Nothing made him happier than being on the water before anyone else, leaving them wondering where he and his secret fishing spots were.
Viewing will be from 1:00 p.m. until 9:00 p.m. on Thursday, November 12, at Wiebe Funeral Home, 121 8th St. in Winkler. We ask that you respect Covid-19 protocols. A private family service will also be held.
In lieu of flowers, please make a donation to the Manitoba Wildlife Federation in John's memory.
A heartfelt thank you to the staff at the Health Sciences Centre and Boundary Trails Health Centre for their care and compassion prior to John's passing.