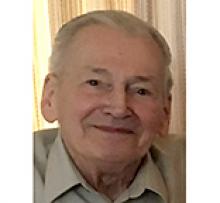 Egon was born October 14, 1932, in Germany. At the end of Second World War, his family settled in Bad Harzburg. While in high school, he met his future wife Helga.
In 1953 his family immigrated to Canada and made Winnipeg their home. Helga joined them two years later, and the two were married in 1956. Egon graduated in 1959 from the U of M, with a degree in Civil Engineering and started his life long career with the Canadian National Railway.
During the start of his career, he returned to the U of M achieving another degree in Industrial Engineering.
Egon and his family spent most of the holidays and summer months in Germany with family, and winter holidays in Jasper. He was an active, lifelong member at the German Society in Winnipeg where he was also a member in the Skat Club. Enjoying the outdoors included hunting with his brother, which brought him to be a member of the Gateway Gun Club. His lifetime hobby was photography.
For many years, Egon fought the degenerative arthritic disease spinal stenosis. After several weeks in the hospital, and a short stay in a personal care home, Egon passed away with his family by his side November 9, 2020.
He was predeceased by his brother, Bodo in January 2020. Egon is dearly missed by his wife, Helga of 64 years, daughters, Karin (Kos) and Claudia (Brad) and grandchildren, Lauren, Mark, Haley and Sammy, sister-in0 law, Liz and family.
We would like to extend our gratitude to the wonderful caring staff at Kildonan Personal Care Home, especially nurse Alma. Special thanks to nurses, Trent and Angele during his final hours at the Grace Hospital palliative care ward, and to Fr. Joshua Gundrum for being with us in such short notice. Dad and Opa, you will be truly missed.